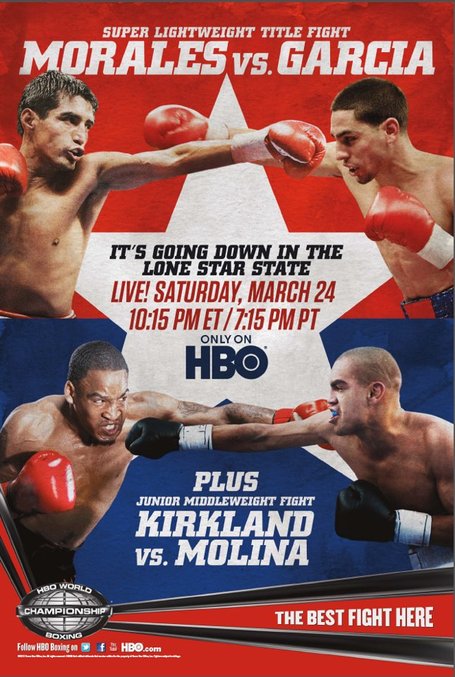 I like this one. I wish HBO would go back to always having a unique poster, even for Boxing After Dark (which currently has a boring template design), because they're doing some pretty cool stuff now. The Martinez-Macklin poster was also quite good.

We will have live, round-by-round coverage of both the HBO and NBC Sports (Judah vs Paris) shows on Saturday. NBC is going live at 10 p.m. EDT with a three-fight card, while HBO starts at 10:15. Brent Brookhouse will be handling the HBO show, while I'll be on the NBC Sports show.

Both shows are pretty good on paper, and unfortunately everyone will have to choose which show to watch live and which to set their DVR for, but we'll have you covered with live results for both. That also means that if you're hoping to avoid "spoilers" for either show, get in the live thread of your choice and don't go to the front page, because everything will be posted immediately after each fight.