Canelo Alvarez and Shane Mosley meet on the May 5 HBO pay-per-view card headlined by Floyd Mayweather Jr and Miguel Cotto, and joined the main event stars yesterday in Los Angeles for the final stop on the three-city press tour. Here's what they had to say.

"I used to watch Shane Mosley's fights. Now I am fighting him. It is like a dream. May 5 is going to be a great night. Don't miss it.

"I think this is going to be the hardest fight I have had yet.

"I want to be one of the best fighters in history, but first, I need to beat Mosley.

"May 5 is a great night for Mexicans. I need to do something very great for my Mexican fans."

On fighting Mayweather or Cotto
"They are two of the best. I would want to fight either one." 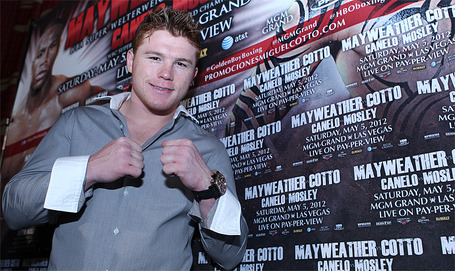 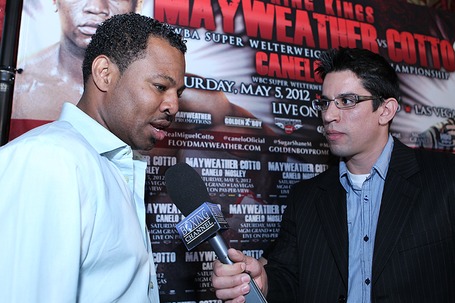 "I fought both of the main event guys. I think it is going to be a tremendous fight and I am excited and honored to be on the undercard. I think Canelo and I could probably be a main event, but I am proud to be a part of this.

"My motivation to continue fighting is that I love what I do and I'm going to be in boxing forever.

"I'm fighting a good guy who is young and I care about his career, but I also care about my career. I'm at 100 percent and that's unfortunate for Canelo." 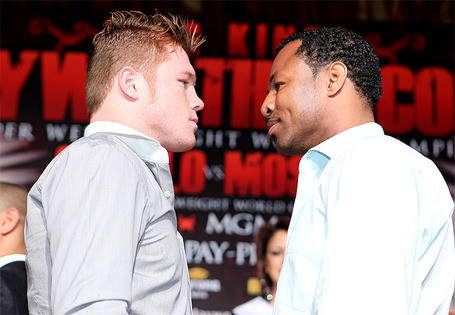 "I am proud to say that we have put together an extraordinary night on May 5 that will leave fans saying 'Long live boxing.'

"Four of the best fighters in the world are standing right here [at Grauman's Chinese Theatre].

"A legend like [Mosley] is never done. They said the same thing about him when he fought Antonio Margarito. You can never count someone like Shane Mosley out."