Jean Marc Mormeck thinks that referee Luis Pabon stepped in too early yesterday in his embarrassing fourth round TKO loss to world heavyweight champion Wladimir Klitschko, which makes for one person on earth taking that stance:

"Klitschko, of course, he got me with a series of punches, but nevertheless I think the referee rushed it. I had to cut the distance to fight him, but every time I did that he was in a difficult situation. The referee had to divide us, because when Wladimir was in the clinch he would just [push his weight] on me. Again, the fight was stopped too early. I took a few punches, I lost my rhythm, I was a little distracted, but I was fully aware of everything. Physically I felt great and I could have continued the fight," Mormeck said. 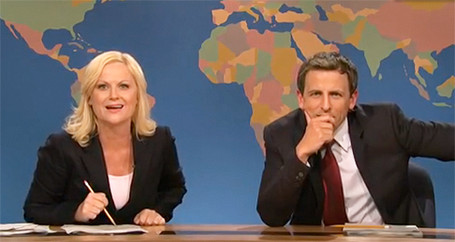 We may have a new contender for "Worst Stoppage Complaint" ever. There are the guys who are too knocked out to even know they're knocked out, but that happens as a result of, well, them being too knocked out. Mormeck is in a different league here. The man had absolutely nothing to offer in there, landing a whopping three punches in the three-plus rounds of "action." Every time Klitschko unleashed his hands, Mormeck covered up and tried to scurry away because he simply could not handle the power.

This is not a shot at Mormeck, mind you. We knew this going in. Of course Mormeck can't handle the power of Wladimir Klitschko. He's a 39-year-old, 5'10" cruiserweight six years past his prime! I don't expect him to be able to deal with Klitschko!

I had no ill will toward Mormeck in the entire would-be saga of this garbage, completely bogus "fight," and I still don't, really, but I think it's absolutely absurd of him to complain about the stoppage or about, frankly, anything. The man threw two punches in the first round. The "style" of getting inside and getting clinched is not a style at all. He wasn't throwing his way in, just walking in, and then when he got there, he didn't try to throw, he was just there, an achievement in and of itself, apparently.

Right hand, left hook, another right clips him, and Mormeck (despite Bruce Beck's belief) does make it to his feet, but for what purpose? Pabon was right to end this. It wasn't remotely competitive, it wasn't entertaining, and letting this go any further would have been a crime against boxing fans around the world watching on TV.