In the main event, Geale improved to 27-1 (15 KO) with an unanimous decision victory over Osumanu Adama (20-3, 15 KO), which went more or less as expected. Adama had his moments in the middle rounds, but overall Geale was just clearly the superior boxer, and keeps his IBF middleweight belt.

This was the second straight sort of "eh" for Geale, following his August points win over Eromosele Albert. When he won the belt from Sebastian Sylvester, we hoped then that he wouldn't play hide-a-belt in Australia, facing nothing but sanctioning body approved medicore opponents. Two defenses of that is fine, really, but the hope now is that he moves on to the actual world class fighters in the division, or at least the guys closer to his level.

Geale, 31, is a likeable, rock solid fighter without glaring weaknesses. He's not a big puncher, but he's a smooth boxer and doesn't make many mistakes -- I always think of him as sort of a superior Darren Barker, another good, very talented boxer, but unlike Barker, Geale doesn't have stamina issues or nagging injuries holding him back.

We'll see what he does next, but promoted by Gary Shaw, there are opportunities for him to fight in the U.S. if everyone really wants to do that.

In the main undercard bout, Billy Dib stopped Eduardo Escobedo after six rounds of action, retaining the IBF featherweight title. Dib (34-1, 21 KO) was his usual self, and deserves, frankly, his reputation as a dirty, fairly unpleasant fighter. He cracked Escobedo with a low blow early, lost a point for holding and hitting, and in the fifth round, referee Ernie Sharif shouted at him, saying something to the effect of, "You're the champion! Knock that off!"

But he also just plain physically wore Escobedo out, and won the fight without any question. Escobedo falls to 32-4 (23 KO). Dib is now looking to face the Salido vs Lopez II winner after Saturday's fight in Puerto Rico.

Also on the card, 41-year-old Aussie heavyweight Kali Meehan was stopped in six by American Travis Walker. Due to a load of issues trying to watch the fight (more on that in a moment), we didn't see this one, but our friends at Aus-Boxing.com called it a "brutal stoppage."

About the issues watching the fight, which made this an incredibly frustrating late night/early morning, let's break it down.

First off, there was supposed to be a free and legal live stream for U.S. viewers at WBCboxing.tv. And there was, for a little bit. Then it went down, because apparently the signal was being sent out worldwide instead of just contained to U.S. viewers.

But when the WBC stream was supposed to come back, it didn't. Well, it did, briefly, then it was gone for good. Gary Shaw Productions publicist Mario Serrano sent this out after all the issues:

Gary Shaw states, "The WBC has violated the agreement that was set in place to show the stream live in the U.S. for free. Because the WBC opened up the feed to the World, GSP had to kill the signal. The WBC website was only given permission to stream the feed in the U.S. and opening of the signal to the World created problems. On behalf of GSP, we apologize for the confusion."

Feeds of the fight for the UK on Premier Sports and in Russia were also killed. Basically, the promoters unplugged the rest of the world, which of course eventually failed because it's hard to fight all of this. There are just a lot of people out there is all.

Now let me explain and say this: Yes, I understand the copyright issues. I really do, and I don't argue that they're in the wrong here. But when you tell people that there's a way to stay up and watch this fight, and for someone like myself or the other boxing writers out there who did so, yanking that option is pretty hard to swallow at 5 in the morning.

I'm not blaming Shaw. I'm really not. I understand their position. But let's also be honest here: Roughly 50 people were watching these streams. I don't think there was any genuine impact on the PPV performance in Australia. But bottom line, they did what they were within their rights to do.

Those of us who wanted to watch the good, high-quality, completely legal U.S. stream were shafted, no matter whose fault it was. It took a special effort for a boxing fan, whether they were being paid to cover this or not, to stay up and watch this fight. That we did get to see the main event was a bit of a miracle, really, but I'm glad we got to see it. Daniel Geale is a good fighter who should be seen. This was a solid card and deserved eyeballs.

I really do wish American promoters would just get themselves better involved with the internet -- fights they can't or don't sell to U.S. TV networks could be streamed by the promoters, the way Top Rank does their undercards nowadays, to great effect since they took a more serious approach to doing that. People just want to see fights. It's really that simple.

And to follow up from earlier, if you were a bad enough dude to make it through all of this, you deserve the end-game congratulations: 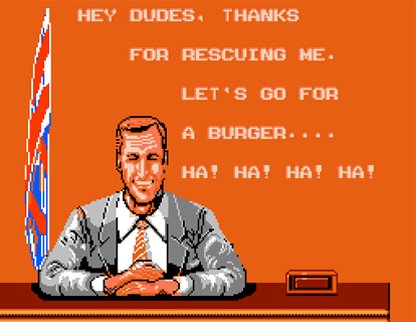