"Entering the first fight, I had some doubts but now I have beaten Juanma and I know I can beat him again. I am 1000 percent sure I can win. I've been in the gym preparing and I know what to expect. Even though I won last year, I still have something to prove. In the ring, we have a score to settle.

"I don't have much to say, that's not who I am. It's the press that said Juanma made excuses. To me, it doesn't matter either way. My job is the same on Saturday night no matter what." 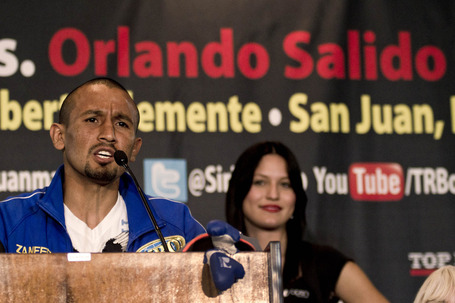 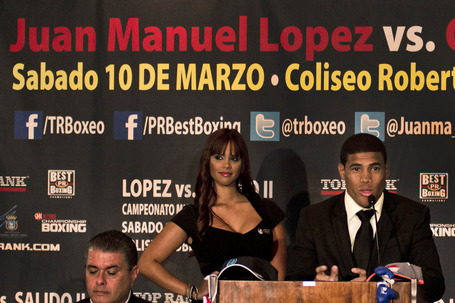 "This fight is going to be a war. Orlando, you had a good night last year - but I want my title back. I let you wear the belt for 11 months but I'm bringing it back to where it belongs on Saturday.

"I have had a great preparation for this fight and I'm very confident. I never gave excuses about my last fight with Salido. He won. He knocked me out, fine. I don't make excuses; I fight. If the ref didn't stop the fight when he did last time, I'd still be fighting.

"Saturday is a great card with a lot of good prospects. Garcia vs. Concepcion is a really good fight and I'm glad that it will be on SHOWTIME, along with mine. Mikey is one of the most intelligent fighters around. He has great ability. And Bernabe is a tough guy. He dropped me in our fight a couple of years ago so I know." 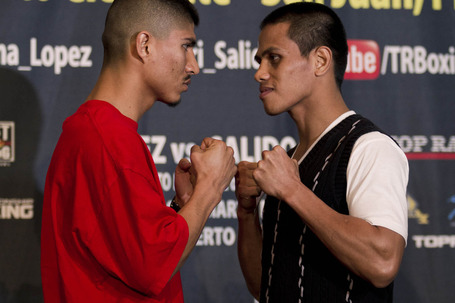 "My fight with Concepcion is a tough fight. It's a dangerous fight and it means everything to me. If I want my title shot, I need to win. There has been talk about me fighting the winner of Lopez and Salido. I want my chance. I hope to fight the winner of Saturday night's fight for the belt before the end of the year."

"I'm thankful for the reception I've received in Puerto Rico. It's my first time here and I like it very much. I'm really looking forward to Saturday's match. I've put in a lot of hard work because the fight is so important to me." 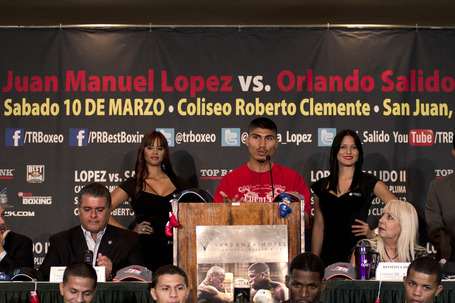 "I'm excited for fight night on Saturday against Garcia. I came to Puerto Rico once before (in July 2010 to fight Lopez). Thank you to the promoters and all the fans for having me back but I hope for a different result this time."