Of all the stupid fight titles in boxing history, "Four Warned" is one of them. I'd say it's the worst, but it probably isn't. 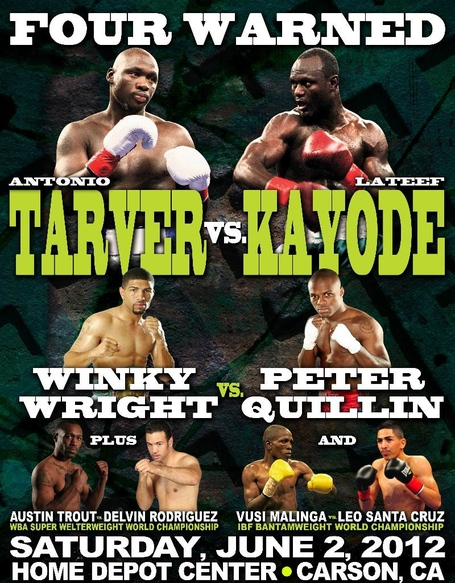 It's a nice card overall, quantity over quality, I suppose, but I'm a man who loves his four-fight cards to the point that I really never mind paying for any pay-per-view, no matter how marginal, because a full night of boxing is preferable to these stupid ass one- and two-fight cards we've been given for years now.

With premium cable calling its own shots on time slots (far more than ESPN or network, anyway), you'd hope Showtime and HBO would do more of these, but they don't. There has been talk that Showtime wants to make their Saturday night shows more like this going into the future, with three/four fight shows. I pray that's not just talk, because I absolutely love that idea.

I also like that as the night progresses, the fighters will get bigger by fight. I think that's just plain, good old-fashioned fun.