Share All sharing options for: Canelo vs Mosley: Photos From MGM Grand Arrivals

The main undercard bout is a WBC junior middleweight title fight between 21-year-old Mexican phenom Canelo Alvarez, who won the title last year, and 40-year-old "Sugar" Shane Mosley, who is looking to snap a streak of three straight poor performances, including losses to Mayweather and Manny Pacquiao and an ugly draw with Sergio Mora in between.

Mosley will be moving back up to the 154-pound division for the fight, where he's just 4-2-1 in his career, with wins over Oscar De La Hoya, a fast-fading Fernando Vargas (twice), and a worn-out Ricardo Mayorga. His losses both came to Winky Wright, and the draw against Mora. Historically, Mosley has had trouble against defensive boxers at the weight, but has beaten brawlers. Canelo is really neither, and the most important thing may be that Mosley is 40 and has looked absolutely shot in recent outings. Our own Ryan Bivins warns us not to count Mosley out, but many are doing just that.

More photos from yesterday after the jump. 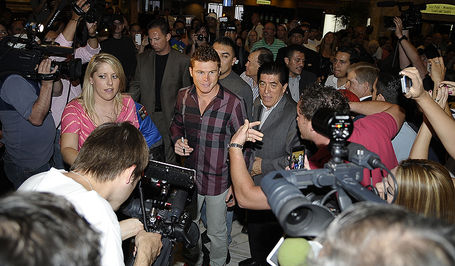 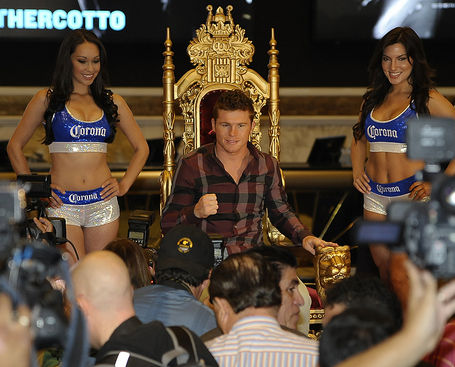 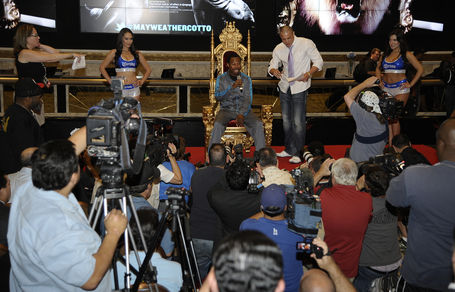 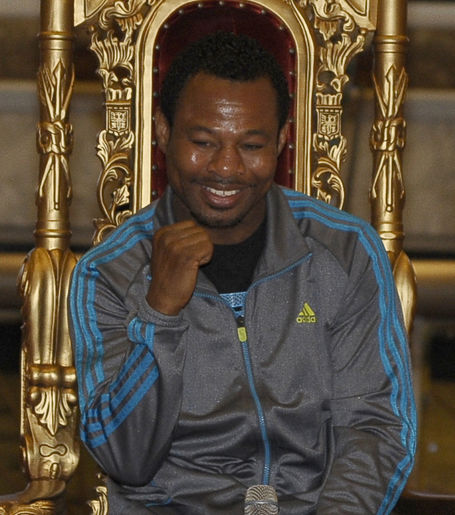 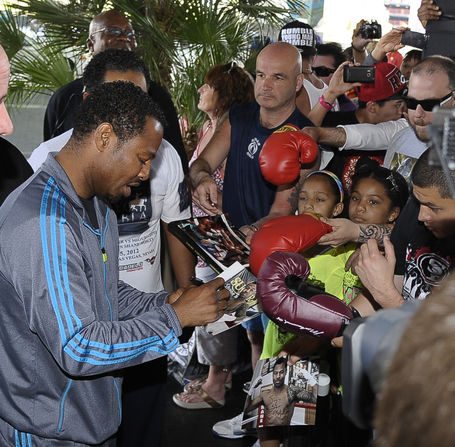