On September 8 on HBO, live from the Oracle Arena in Oakland, super middleweight and light heavyweight top dogs Andre Ward and Chad Dawson will square off in a fight that pits two of the Unites States' best fighters, both in their primes, against one another.

Here's what the fighters and their promoters had to say about the bout.

"Chad's the best in his division and I'm the best in my division. Chad has proven he wants to fight the best. I want to fight the best. You want to make a statement when you can, and this is the right time for a big fight like this. He's coming off his best win. He's a tree. I have to find a way to chop him down."

"Neither of us are all-time greats yet. We still have work to do."

"I'm excited (to fight in Oakland). I would've fought anywhere, and I think I proved that in my last fight (against Carl Froch in Atlantic City). It's great for me, and it's going to be great for Oakland to have their champion come home.'' 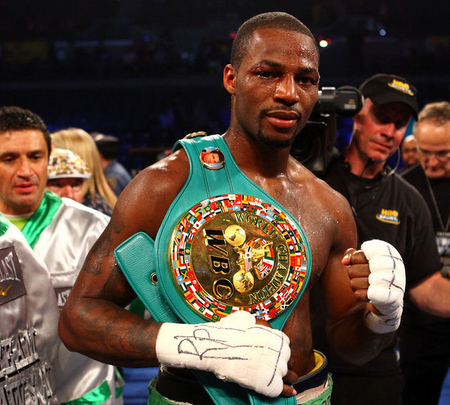 "Chad and Andre are the best fighters in their respected divisions, and both are worthy of pound for pound status. Anytime you have two great champions willing to risk it all, as we do in this fight, the fans are the ones who benefit the most. On September 8th, the world will witness, what I believe might be the fight of the year. It is highly unusual when two world champions, both owning the Ring belt in two divisions, agree to fight one another."

"The fact that Dawson is coming down from light heavyweight to super middleweight and challenging Ward, who was Fighter of the Year in 2011, on his home turf, is proof that he has the heart of a warrior. He must be commended for his great courage, and these are what the old-time throwback fighters were all about."

"It's a risky fight, and Andre's taking on a huge challenge, having just won the unified super middleweight title and now fighting the light heavyweight champ. But he's ready for this challenge and the fans are going to see who is the preeminent world champion of these divisions."

"I commend both Chad and his promoter Gary Shaw being so confident in fighting Andre. The beneficiaries of this confidence will be the Bay Area fans and HBO subscribers, and I know the fighters will give them a great fight."

"We believe there will be 19,000 strong at Oracle Arena on September 8 screaming wildly for Andre to defend his championships in front of his hometown fans. I know the city and fans are thrilled we're there and we're going to bring a Las Vegas-level event to Oakland."

"Fight fans win when elite fighters who have proven to be the best in their respective weight classes agree to meet in the ring and provide the sport with a compelling showdown. We applaud both Chad and Andre for stepping up and taking on this challenge and we're thrilled to be televising the event live on our flagship boxing series."