Last night in Las Vegas, Beibut Shumenov predictably and easily retained the WBA light heavyweight title with a 120-108 shutout on all three cards against Enrique Ornelas.

Shumenov (13-1, 8 KO) has still yet to face a truly credible challenger since winning the belt via questionable judging (that's a nice way of saying robbery) against Gabriel Campillo in January 2010. The best foe he's faced since was Vyacheslav Uzelkov, who to be fair was expected to be better and simply laid an egg fighting outdoors in the California desert heat.

Other than that, Shumenov has defended against washed-up William Joppy, club fighter Danny Santiago, and now Ornelas (33-8, 21 KO), a tough and rugged fighter, but very limited, and actually past his best days, and fighting heavy now, to boot.

All that could change, at least if you buy the quote from adviser Don Chargin, who says that they're mulling "big offers" from Mikkel Kessler, Bernard Hopkins, and Nathan Cleverly. One is advised to take this with a few aircraft carriers full of salt.

Also on the card in Vegas, Joseph Elegele won an eight-round majority decision over Lanard Lane in a 143-pound catchweight fight, and welterweight Ravshan Hudaynazarov stayed unbeaten (16-0, 12 KO) with a win over Euri Gonzalez. 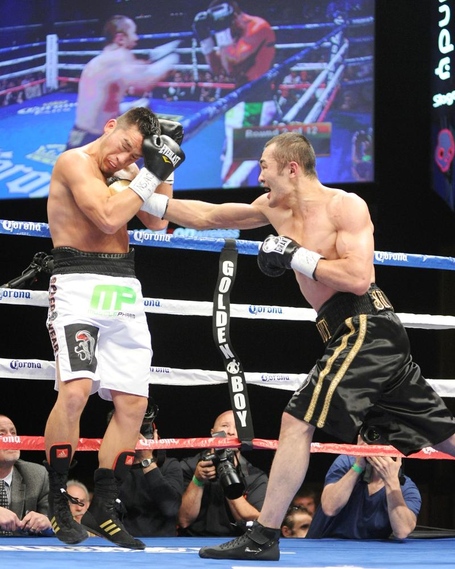 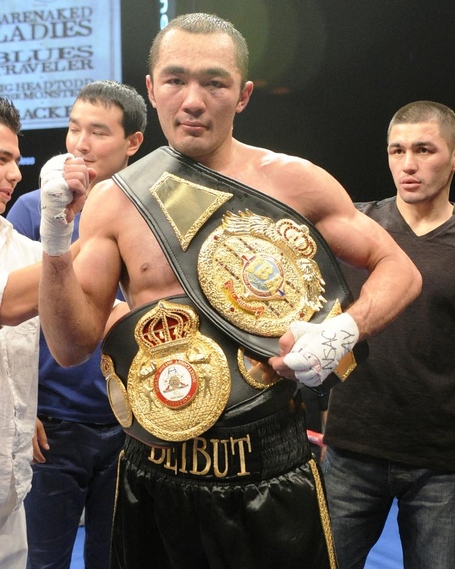