When the two came together for their staredown, Bradley gave Pacquiao a strong glare, and Pacquiao smiled and looked away. As Bradley continued to stare him down, Manny just went on with his business. It was a short photo opportunity.

Before the fighters hit the scales, Pacquiao's trainer Freddie Roach said that Bradley "won't win one round." Bradley's trainer Joel Diaz responded, "I'm glad that he thinks that way. I'm glad that he thinks that Tim don't hit hard. ... Anything that Freddie says does not bother me whatsoever. I've got my plan, I'm very focused. ... It's not gonna be their way, it's gonna be my way."

Undercard weights after the jump (everyone was on weight). 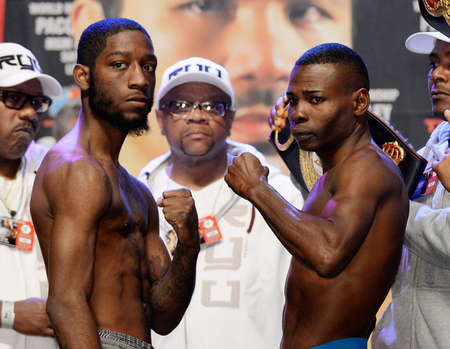 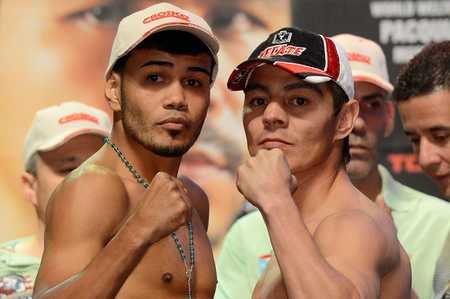