Saturday night on Showtime from the MGM Grand in Las Vegas, Canelo Alvarez faces Josesito Lopez in the main event of what has become boxing's "other" show for the weekend, but one with plenty of attention deserved itself.

Yesterday, Alvarez and Lopez worked out for the media and fans at the MGM Grand, and as you'll see below, heartthrob Canelo is no joke, as the ladies love him and his spiffy new beard.

As for Lopez, I know it's with a shirt on and all, but I think he looks to be carrying the bulk pretty well. He's wiry and thin, but that's just his build and always has been. I'm not saying the weight won't be a factor, but I don't think it's going to be the deciding factor. Canelo is also pretty damn good in the ring, and that's what Lopez says he's most worried about, too.

We will have live round-by-round coverage of Canelo vs Lopez on Saturday, as Brent Brookhouse will be handling that show while I'm on Chavez Jr vs Martinez duty. So no matter what show you're watching, we'll have a place for you to talk about it. 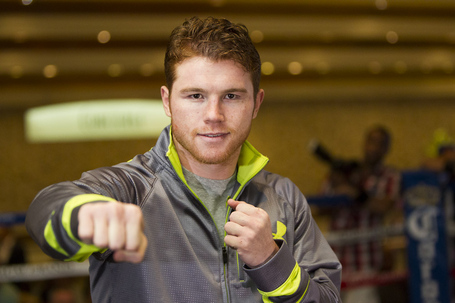 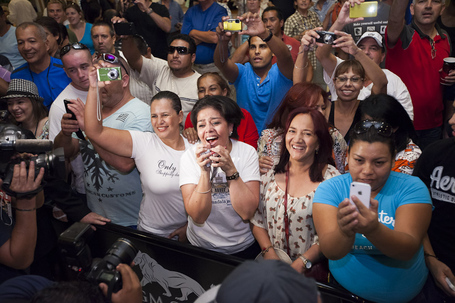 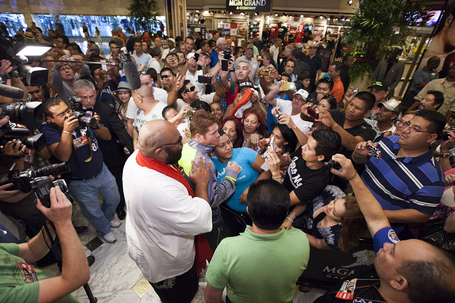 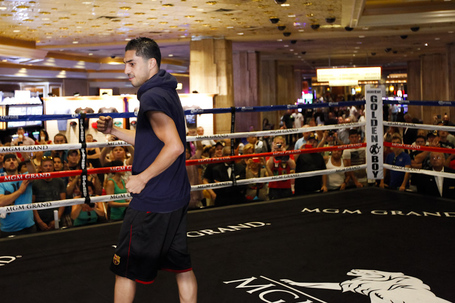 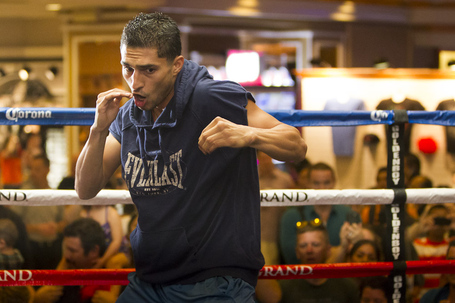