Share All sharing options for: Canelo vs Lopez: Weigh-In Video and Photos

For those who may have missed it, here's video from this afternoon's weigh-in at the MGM Grand for tomorrow night's Showtime main event between Canelo Alvarez and Josesito Lopez:

Video thanks to Fight Hub TV.

Canelo weighed in at 154 pounds, with Lopez at 153. Alvarez's WBC junior middleweight title will be on the line. There is some worry that Lopez looks soft moving up in weight again, and I think you can see why that is, but we was smaller than Victor Ortiz, too.

After the jump, we've got a photo gallery of weigh-in shots for all the fights on the Showtime card tomorrow, including Jhonny Gonzalez vs Daniel Ponce De Leon, Marcos Maidana vs Jesus Soto Karass, and Leo Santa Cruz vs Eric Morel. 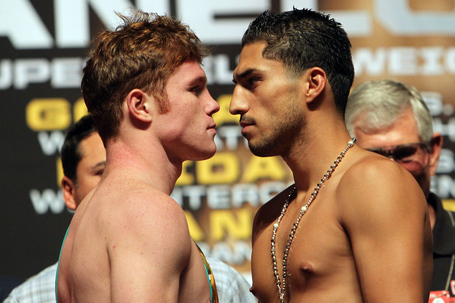 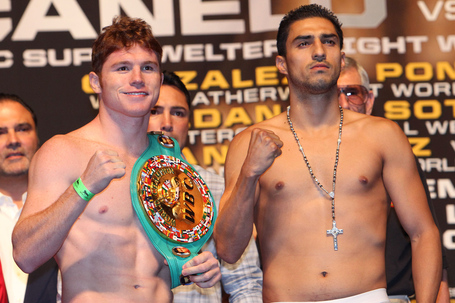 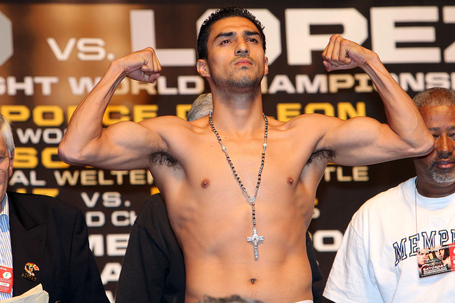 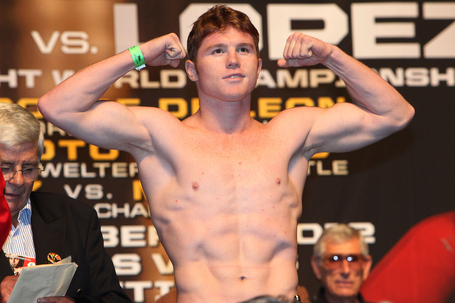 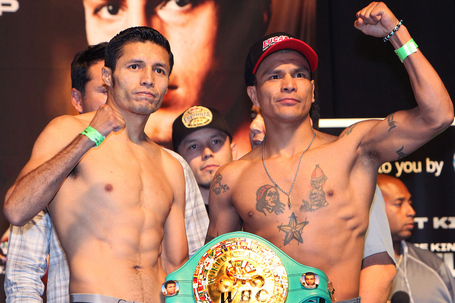 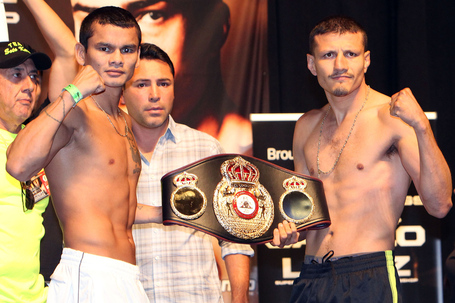 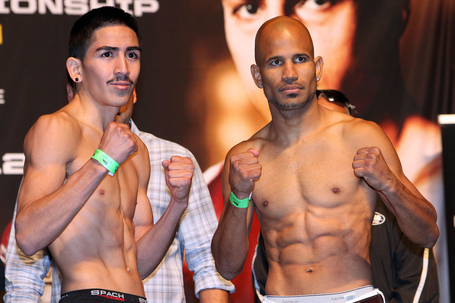