The night's greatest action came in the savage welterweight war between Maidana (32-3, 29 KO) and Jesus Soto Karass (26-8-3, 17 KO), as the two seemed intent on actually taking the other man's head off. Maidana won in eight rounds.

Ponce De Leon (44-4, 35 KO) won the WBC featherweight title by technical decision over Jhonny Gonzalez (52-8, 45 KO) in eight rounds, in what was shockingly the card's least entertaining fight, with many expecting it to be a strong contender for Fight of the Weekend.

Photos from the event after the jump. 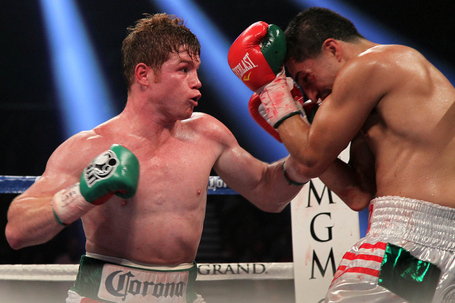 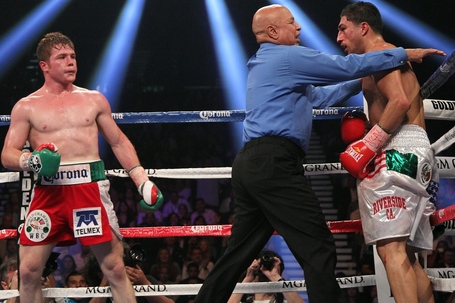 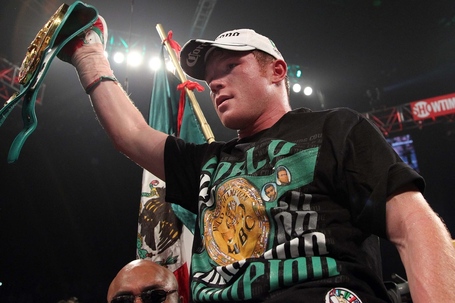 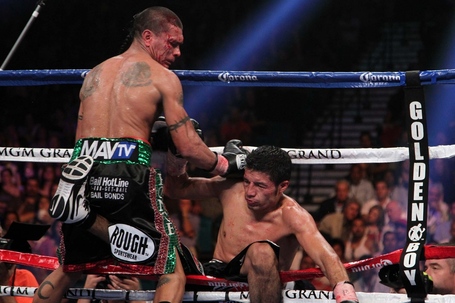 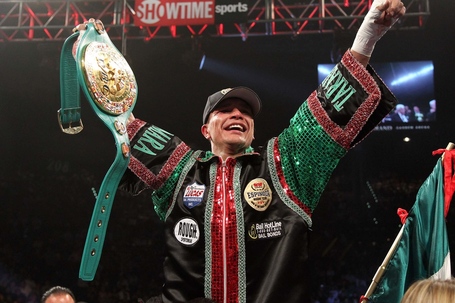 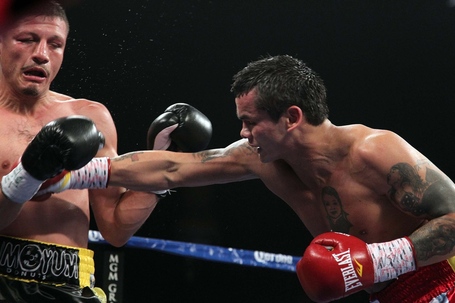 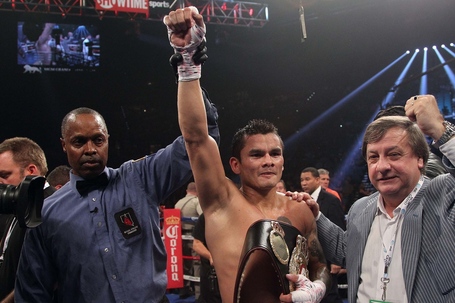 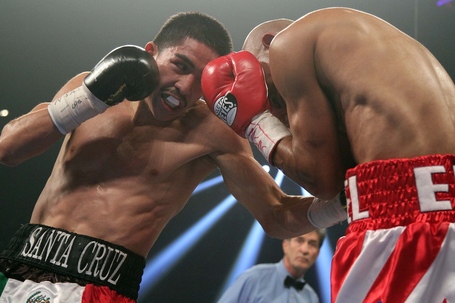 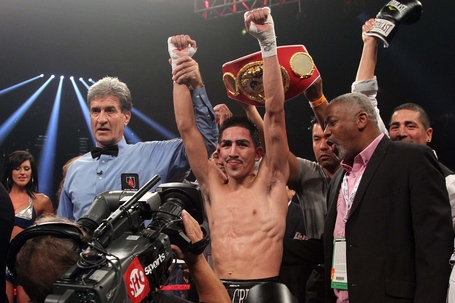