Manny Pacquiao got himself back in the race last night with a dominant decision win over Brandon Rios in Macao. So what's next for the Filipino superstar as he closes in on his 35th birthday?

With last night's one-sided win over Brandon Rios, will we finally see the long-awaited "dream fight" between Manny Pacquiao and Floyd Mayweather? In a word, no. In a few more words, it's so beyond unlikely that any lengthy discussion as to why we won't see it is really a waste of time, but here are a few bullet points to lay out why this fight won't be happening

If Mayweather-Pacquiao can happen somehow, then great. I am all for it. It's still a terrific fight and would almost surely break the revenue records set by Mayweather-Canelo, as well as the PPV buy records set by De La Hoya-Mayweather. It would be enormous still, because the vast majority of the PPV-buying public are not your "boxing-heads," but the casual fans who can be told a story about a fight and then buy that fight. To them, this is still The Fight in boxing. We always say that losses shouldn't totally kill someone's career or whatever, and to those fans, they don't. They don't care that Manny was knocked out by Marquez last year, or lost controversially before that. They still want Floyd vs Manny because that's what they want.

But, no, I don't think the fight will happen, and these 400+ words are all I can say about the subject at this point.

So who should be next if we agree that Mayweather is just not a realistic option? Top Rank has a few options that could fit the bill. 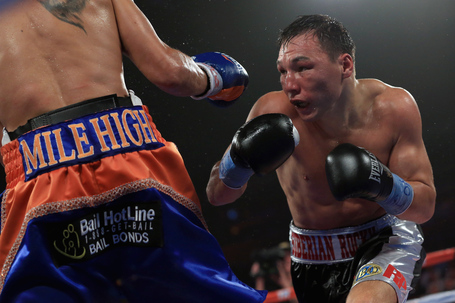 Pros: Provodnikov (23-2, 16 KO) is a current titleholder at 140 pounds and can fight at 147, as he showed in a dramatic, Fight of the Year-worthy loss against Timothy Bradley earlier this year. After his October win over Mike Alvarado, where he basically beat down one of boxing's toughest sluggers, Provodnikov is one of the hottest names in boxing among diehard fans. He's incredibly fun to watch fight, very determined, and never stops coming forward.

Cons: He's tailor made for Pacquiao. I mean, you could see this as a pro as a promoter. Provodnikov also is trained by Freddie Roach, so there's a big kick in the pants to this idea. He's well-known among diehards, but not among casual fans at all.

Value (1-10): 7.1. Let's say Provodnikov would leave the Wild Card for this fight, find a new trainer, and not lose anything because of that, because he wants this bout so bad. Even if that were to happen, I think Provodnikov too closely mirrors what we just saw with Brandon Rios, and though the fight was entertaining for Pacquiao fans, I think a potential repeat might not be the best business. 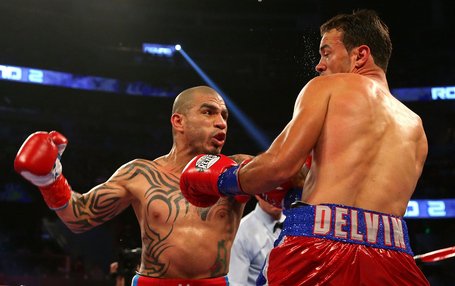 Pros: Cotto (38-4, 31 KO) is still one of the best-known fighters in the sport and one of the most popular. He also recently snapped his own two-fight losing streak with an electric performance on HBO against Delvin Rodriguez on October 5. For the first time in a long time, the Puerto Rican superstar looked like "the old" Miguel Cotto, ferociously attacking the body and breaking his opponent down thoroughly.

Cons: Like Provodnikov, Cotto is trained by Freddie Roach. Cotto, if he wanted the Pacquiao fight, would get another trainer. Since splitting with his uncle Evangelista years ago, Cotto has gone through Joe Santiago, Emanuel Steward, and Pedro Diaz before getting with Roach. The bigger deterrent is much simpler: Cotto, 33, has made clear he doesn't want to fight under 154 pounds anymore, and the one time that Pacquiao fought over 147 (vs Antonio Margarito at a 150-pound catchweight in 2010), he stated that he had no intention to ever do so again. The weight issue put the kibosh on negotiations for a Pacquiao-Cotto rematch in 2012, in fact, when Cotto chose instead to face Floyd Mayweather at 154.

Value (1-10): 8.2. There's nothing for Pacquiao to prove here, having already beaten a younger Cotto convincingly in 2009, but it would do good business because both guys are legitimate stars. And who knows? Maybe this "reborn" Cotto against an aging Pacquiao is a different fight. 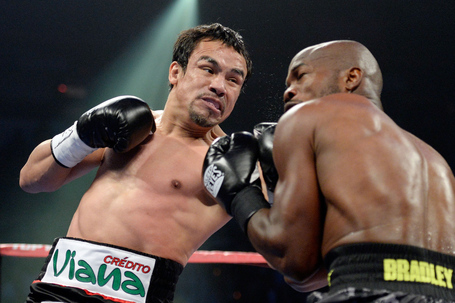 Pros: The fight's an easy sell due to the way their fourth bout ended last year, as Manny would be seeking revenge against Marquez (55-7-1, 40 KO), still and forever his greatest rival. In 2004, 2008, and 2011, the two fought 36 rounds where there was hardly a hair between them. In 2012, it was again competitive, exciting, and this time a single massive right hand ended things in one of boxing's great knockouts. A Manny Pacquiao revenge storyline is beyond easy to sell. It does not matter that Marquez lost his last fight on October 12 against Bradley.

Cons: Marquez has repeatedly stated he's not interested in a fifth fight with Manny Pacquiao. Marquez is happy with the Pacquiao-Marquez saga ending as it did last year. He feels he won the first three fights, only to officially go 0-2-1, and then he stamped the fourth bout with a conclusive victory. That's the story as Marquez wants it. He had the chance to negotiate to face Pacquiao again. He took less money to face Bradley instead, because that's what he preferred. And he's already saying again that he's not interested in fighting anything but a Bradley rematch, and that he'll retire otherwise. 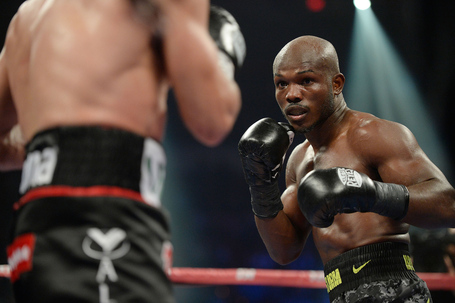 Pros: There's story here, and Bradley (31-0, 12 KO) is an undefeated fighter who has an official win over Manny Pacquiao. He also holds the WBO welterweight title. He's also proven with exciting wins this year over Provodnikov and Marquez that whatever you thought about the June 2012 Pacquiao-Bradley fiasco, Timothy Bradley is an elite fighter.

Cons: Some people are so hung up on blaming Timothy Bradley for not getting up to the post-fight podium and doing a bawling Jim Bakker confessional about his sins in robbing Manny (you know, because Bradley scored the fight) that they'd probably whine if the fight was made. Let it go. Otherwise, there's no reason for this fight not to happen. None.

Fight Value (1-10): 9.6. Bradley-Pacquiao II is what should happen next, at least in my opinion, and again, if we're assuming that Mayweather-Pacquiao cannot happen. Yes, Mayweather's the biggest and best fight out there for Manny Pacquiao. It's a fresh matchup (oddly enough, because "fresh" is not what comes to mind for most with Mayweather-Pacquiao talk) and on a scale of 1-10, the value of that fight is 17. But barring that, Tim Bradley makes the most sense. There's a score to settle, and Bradley can and likely would fight better than he did the first time around, because the foot injuries (which were real) did affect his performance that night (it's not an excuse, it's a fact). Most of us believe Pacquiao was robbed blind that night. Now he can prove it with a convincing rematch win. Or, maybe, Bradley gets a win he deserves.

That's my take. What about you?