It's a busy week for boxing, with world titles on the line in the United States, Japan, and Germany, a big fight in Brooklyn, and Showtime and HBO going head-to-head.

Share All sharing options for: Judah vs Malignaggi, Rigondeaux vs Agbeko, Barker vs Sturm, more: Fight times and TV listings for Dec. 3-7

TBS (JAP), 5:00 am EST, Daiki Kameda vs Liborio Solis, Katsunari Takayama vs Vergilio Silvano, Tomoki Kameda vs Immanuel Naidjala. Daiki vs Solis is a title unification bout at 115 pounds, with Kameda's IBF belt and Solis' WBA title both on the line. Takayama is defending the IBF 105-pound belt, and Tomoki Kameda is making the first defense of the WBO bantamweight title he won in August against Paulus Ambunda. 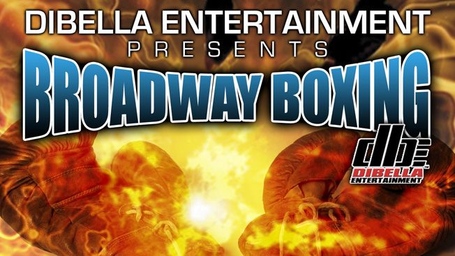 RCTI (INA), 9:00 am EST, Chris John vs Simpiwe Vetyeka, Daud Yordan vs Shipo Taliwe. Paired together again for an RCTI broadcast in Indonesia, John and Yordan are defending their belts in Perth against a pair of South African fighters. BLH will have live coverage.

ESPN3 (WatchESPN.com), 9:00 pm EST, Krzysztof Wlodarczyk vs Giacobbe Fragomeni (third fight), Andrzej Fonfara vs Samuel Miller. This is a Chicago card that ESPN3 has picked up, with a world title on the line in the main event, and Chicago favorite Fonfara back in the co-feature. BLH will have live coverage.

SHO, 11:50 pm EST, J'Leon Love vs Lajuan Simon, Badou Jack vs Rogelio Medina, Mickey Bey vs Carlos Cardenas, Christopher Pearson vs Acacio Joao Ferreira. This is a Mayweather Promotions showcase card starting so late that I don't think it's even expected that people are going to, like, watch it. Jack and Bey have been as good as they're going to get, most likely. Love and Pearson may be another story. BLH will have live coverage.

Sky Sports (UK) / SAT1 (DEU), 4:00 pm EST, Darren Barker vs Felix Sturm, Susi Kentikian vs Simona Galassi. This is the first defense of the IBF middleweight title for Barker, and it's nothing easy. Sturm isn't what he was at his peak, but he's still a fairly capable fighter, and though Barker is quite good, he's going on the road and he's had his off-nights in the past. If Sturm loses, he's got to be considered flat-out done as a middleweight contender. The Sky broadcast is going live at 4:00 pm with just the main event. BLH will have live coverage.

SHO / BoxNation (UK) / Main Event PPV (AUS), 8:00 pm EST, Zab Judah vs Paulie Malignaggi, Devon Alexander vs Shawn Porter, Erislandy Lara vs Austin Trout, Sakio Bika vs Anthony Dirrell. This four-fight bill from the Barclays Center features a pair of Brooklyn natives meeting in the main event for bragging rights and, well, one more shot at another Showtime main event, perhaps. At 36 and 33, Zab and Paulie are nearing the end of what have been successful careers, and they both seem to know it. These dudes are at positive mental spots, it seems. The rest of the card is pretty good. Alexander-Porter is for Devon's IBF welterweight title, Bika-Dirrell is for Bika's WBC super middleweight belt, and Lara-Trout is perhaps the most relevant fight on the card, as both fighters are serious contenders at 154 pounds and in their primes. BLH will have live coverage.

HBO / Sky Sports (UK), 9:45 pm EST, Guillermo Rigondeaux vs Joseph Agbeko, James Kirkland vs Glen Tapia, Matthew Macklin vs Lamar Russ. Macklin was originally supposed to face Willie Nelson, who was injured training and has been replaced by Russ, an undefeated prospect from North Carolina who has shown some promise. Kirkland's return is a mystery. Maybe he'll be his old self, maybe he'll be shot. He's only 29, but he's had so many stops and starts that it's just impossible to tell what he'll be from here on, and for how long. Tapia is a decent prospect and a busy guy who could outwork Kirkland. Rigondeaux is the big favorite in the main event, but Agbeko is a former bantamweight titlist who has been in with Abner Mares (twice), Yonnhy Perez (twice), and Vic Darchinyan. None of them are Rigondeaux, but Agbeko's no chump. That said, he's had just one fight since 2011, so, we'll see. BLH will have live coverage. 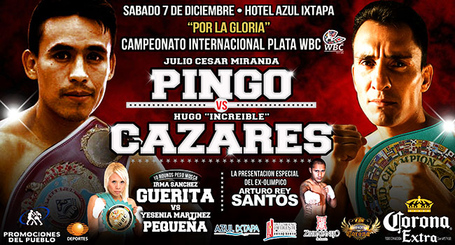