George 'Comanche Boy' Tahdooahnippah was game and came to fight in tonight's ESPN Friday Night Fights main event, but he was sorely outclassed by Delvin Rodriguez and stopped in the sixth round.

Delvin Rodriguez was expected to win without a lot of trouble tonight, and that's exactly what happened, as the veteran former world title challenger demolished a game but way overmatched George "Comanche Boy" Tahdooahnippah in the Friday Night Fights main event, winning by sixth round TKO when referee Eddie Cotton finally stepped in to end the carnage.

Rodriguez (27-6-3, 15 KO) was too fast and too skilled for Tahdooahnippah (31-1-1, 23 KO) from the opening bell, but in the first round, Tahdooahnippah showed some real fire, and obviously came to win this one. He wasn't looking to just cash a check, he gave a genuine effort and was there to get his hand raised and take a big step in his career.

That, however, was not in the cards, as Rodriguez began to pummel him from the second round on. The fight was almost stopped after the second round, when referee Cotton misheard the doctor saying the fight should be stopped, but Cotton admitted a mistake and the fight went on. It didn't really need to, and from there, it was just sustained punishment. Tahdooahnippah was still doing everything he could to the best of his ability, but he had no answer for anything that Rodriguez threw at him. It was a totally one-sided beatdown, and displayed an enormous gulf in class between the two fighters.

In the co-feature, Chris Howard (15-2-1, 7 KO) lost a couple rounds to Bayan Jargal (17-4-3, 11 KO), then ended the fight in the third round on a short right hand that dropped the Mongolian. Jargal got to his feet, but the referee waved it off, leading to a protest from Jargal, who wanted to continue. The fight could have continued, probably. 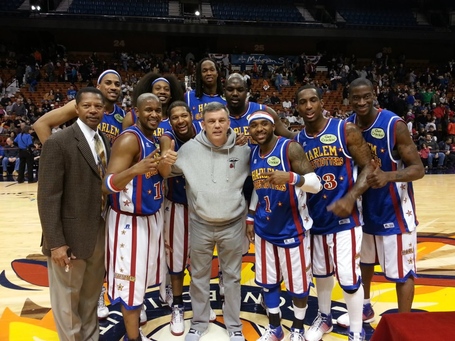