Carl Froch gets his cosplay on as Kratos for 'God of War: Ascension'

Look, you guys, it's Carl Froch dressed as a video game character!

Share All sharing options for: Carl Froch gets his cosplay on as Kratos for 'God of War: Ascension'

Carl Froch has combined video games and boxing to promote both his May 25 rematch with Mikkel Kessler and the upcoming release of the PS3 game "God of War: Ascension," the fifth game in the popular and acclaimed series. Froch was painted up as Kratos, the main character from the game.

1500 articles will now say something about Mikkel Kessler and how he better hope Froch isn't like Kratos, you guys, or he'll probably get his guts splattered all over and what have you!

It's a cool tie-in, though. It's something that actually has fans and isn't about gambling, so that's nice. 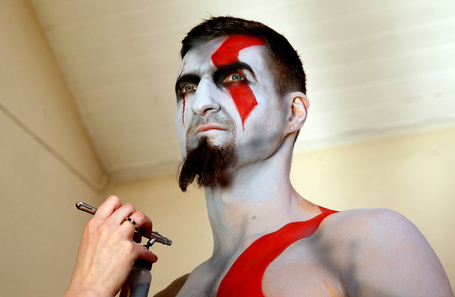 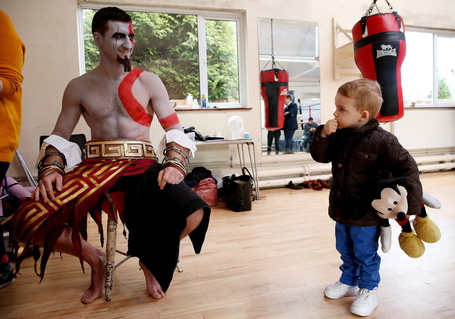 Keith Thurman probably loves this series, because he reads Greek poetry, and the games are loosely based on Greek mythology. Or maybe that's why he hates it. Keith Thurman is a real snob, you guys.