Martinez vs Murray, Garcia vs Judah, Khan vs Diaz, All Access, and more: Boxing TV schedule for April 24-27

Sergio Martinez takes on Martin Murray in Argentina, Amir Khan returns to the UK to face Julio Diaz, Danny Garcia meets Zab Judah in Brooklyn, and more on tap for this weekend in boxing.

Share All sharing options for: Martinez vs Murray, Garcia vs Judah, Khan vs Diaz, All Access, and more: Boxing TV schedule for April 24-27

BoxNation (UK), 2:00 pm EDT, Amir Khan vs Julio Diaz, Deontay Wilder vs Audley Harrison, Gary Sykes vs Jon Kays, Terry Flannigan vs Nate Campbell, Anthony Ogogo vs Kieron Gray, Haroon Khan vs Stefan Slachev. Pretty solid UK card here, though most of the fights seem fairly predictable on paper. You've got Khan back in the main event, looking for his second straight win, with Deontay Wilder facing Audley Harrison in a heavyweight bout that, damn it all, is at least sort of interesting, in that way that Audley can be interesting. Wilder hits like hell, but he's been in supremely soft thus far. Sykes-Kays is a decent domestic-level fight, and Flannigan will look to secure a fairly big win for himself against Campbell. You may recall Flannigan pulling a big upset and winning a Prizefighter last October. Campbell is 50-50 -- if the opponent is actually good, he loses now. If not, he can be dangerous. London bronze medalist Ogogo and Amir's younger brother Haroon are making their pro debuts. BLH will have live coverage. NOTE: We will have LIVE coverage, in the afternoon, and we will not be avoiding "spoilers." Khan-Diaz will air on Showtime on tape delay, after the Garcia-Judah show.

ARD (Germany), 4:30 pm EDT, Juergen Braehmer vs Tony Averlant, Jack Culcay vs Guido Nicolas Pitto, Dustin Dirks vs Oleksandr Cherviak, Firat Arslan vs Varol Vekiloglu. Braehmer looks to score a win here to set up a summer fight with Nathan Cleverly, and he should be the victor. He's a talented boxer and a fine challenger for Cleverly's WBO title. Why Averlant is getting another shot at Braehmer's European title is beyond me, since he lost a title fight to Eduard Gutknecht in 2012, and lost his last bout to a guy who was 14-11 coming in, too. Those were split and majority decisions, but still. Undercard is standard fare. 2012 Olympians Dennis Ceylan, Enrico Koelling, and Anthony Yigit are also in action.

HBO, 8:30 pm EDT, Chris Arreola vs Bermane Stiverne. Early start for HBO, and the heavyweight bout from California will be up first, before they move over to the pair of fights in Argentina. Arreola and Stiverne are fighting for a shot at the WBC title, held by Vitali Klitschko, who is not champion in recess even though he hasn't fought since the exact same day Andre Ward last fought, and also seems to have no plans to schedule anything else at the moment. So that's fun. BLH will have live coverage. 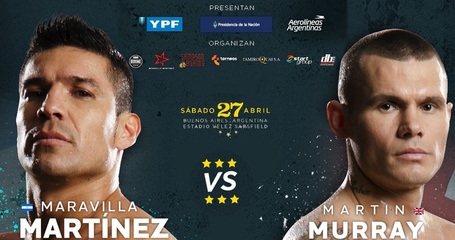 HBO / BoxNation (UK) / TV Publica (Argentina) / TyC Sports (Argentina), 8:30 pm ET, Sergio Martinez vs Martin Murray, Luis Carlos Abregu vs Antonin Decarie. Martinez returns to defend his middleweight crown for the first time since last September, at age 38, and coming off of knee surgery. Murray is a battler and a decent contender, but Martinez figures to be the massive favorite here. Abregu, recently signed with Top Rank, takes on Decarie in a nice welterweight bout that pushes the winner closer to legit contention. BLH will have live coverage. 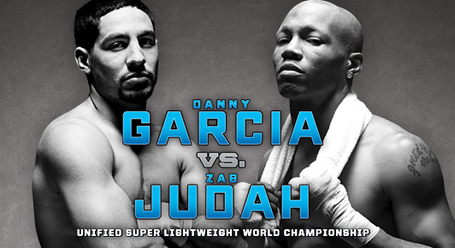 SHO, 9:00 pm EDT, Danny Garcia vs Zab Judah, Peter Quillin vs Fernando Guerrero. Rescheduled from February, it's finally here. It's kind of a shame, as all that press conference jibber-jabber had made Garcia-Judah a moderately hot fight, and then they lost that with the delay. I'd say this is Zab's last chance for romance on the world title stage, but he could probably get knocked out in one and find his way back to another world title fight within two years. Ol' Zab's really made a career out of this stuff. Quillin-Guerrero is a matchup of Haymon fighters, which means that Haymon and Co. probably aren't particularly excited about where Guerrero can go, long-term. BLH will have live coverage.

UniMas, 11:00 pm EDT, Raymundo Beltran vs Alejandro Rodriguez, Michael Farenas vs Hardy Paredes. Beltran doesn't have the best opponent here, but it's good he's staying busy. He's become a legit contender at 135 pounds, and I'd honestly give him a decent shot to beat anyone in the division. It's not like Burns, Vazquez, or Abril are overwhelming talents or anything, and Beltran is a hungry, tough, scrappy fighter. 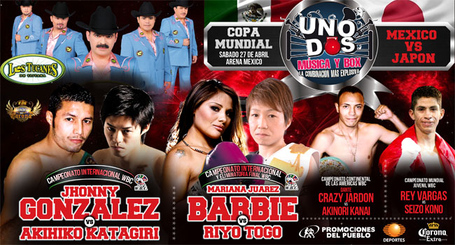 Televisa (Mexico), 11:30 pm EDT, Jhonny Gonzalez vs Akihiko Katagiri, Dante Jardon vs Akinori Kanai, Mariana Juarez vs Riyo Togo. Gonzalez is in soft here, as he hopes to eventually face the Ponce De Leon-Mares winner for the WBC featherweight title, probably. It's a night of Japanese fighters being flown in to lose in Mexico.

Next Up In Boxing News & Results