Lucian Bute: 'The time has come to shut Jean Pascal up!'

Share All sharing options for: Lucian Bute: 'The time has come to shut Jean Pascal up!'

"It's been almost six years that he's been talking negatively about me. He repeatedly said that I was afraid to face him and that by avoiding him I do not respect the fans. I always knew this fight would happen. It was just a question of choosing the right time. And here we are."

"I accepted to move up to 175 (pounds) to make sure the fight happens. The time has come to shut him up!"

"I was an undefeated boxer during my preparation leading up to the fight with Carl Froch. I knew nothing of the impact and consequences of defeat. I discovered the hardships of losing. It was very hard to live with what happened. The defeat made me lose some confidence in my abilities and it showed in my fight against Denis Grachev. I was hesitant in my performance. It took some time, but I am back and hungry for victory. I will not repeat any of my errors against Pascal."

"It's been a while since I've been at such peak physical condition. I miss this feeling."

"Pascal is very present in my head. When I walk into the gym, I think of Pascal. I visualize the fight all the time, sometimes even while having dinner with my team." 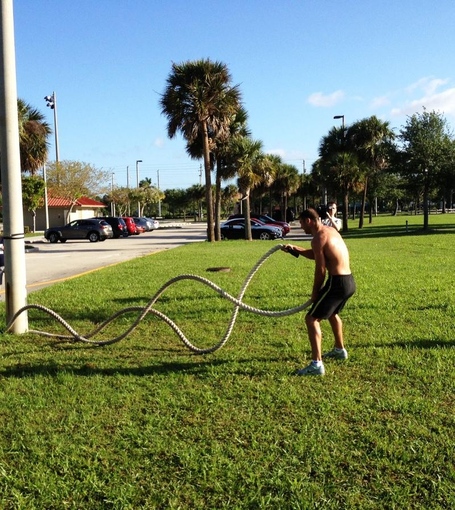 "Lucian said Pascal's endurance lasts four rounds and he boxes 1:30 per round. This is true and I would say that Lucian is being generous. The way I see it Jean Pascal fights one minute per round and gives it his all towards the end to try and steal the round. "

"Jean Pascal had a lot of injuries lately. I wish him all the best and I hope he will show up in top physical form. But let's say, if the past is any indication of the future, he may struggle to perform during twelve rounds."

"My fighter is highly motivated and I expect a great performance from him. Lucian and Stephan have come up with the strategic plan. Stephan's team is implementing such plan and Lucian will execute it on May 25th.For a promoter, this is very reassuring."