Share All sharing options for: Boxing Rankings Update, May 2013: Mayweather back at 147, Mares hits featherweight, more 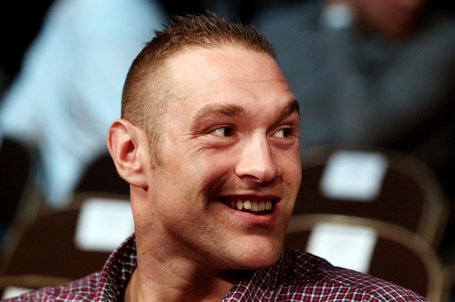 Tyson Fury jumps from nine to six with his KO win over Steve Cunningham on April 20. Cunningham was ranked No. 8 last month, and Fury's ability to handle him after the Philly native was arguably robbed in December against Tomasz Adamek was a statement by Fury. I mean, you can argue the tactics, but that's for another time, I think.

Another big mover: Bermane Stiverne, who comes in at No. 7 from unranked. Stiverne beat the hell out of Chris Arreola on April 27, and it sounds like he will get his mandatory shot at Vitali Klitschko.

Sergio Martinez hangs on to the No. 1 spot after his win over Martin Murray in Argentina, but I think we all agree that it's a far more tenuous hold than it felt like a month ago. Murray, who had been just outside of our top ten for a while, is in at No. 5 due to what was a terrific performance against the division's king. He had an argument for the win. He was nearly No. 1 this month.

The Sam Soliman debacle was a point of interest this month. Ryan dropped him to No. 10 and I chose to drop him from the rankings entirely, after his win over Felix Sturm was declared a no-contest due to a failed drug test. With Soliman and the inactive Dmitry Pirog both out of the rankings, Murray takes one empty spot, while countryman Darren Barker enters at No. 10. The real future of this division looks to be Gennady Golovkin (3) and Peter Quillin (4), for the time being. 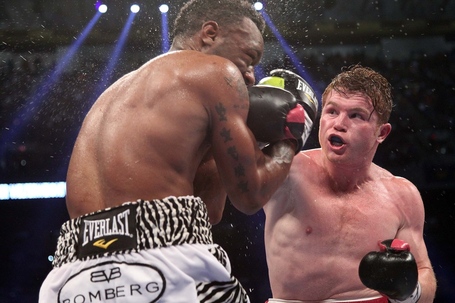 With Mayweather gone, Canelo Alvarez inherits the top spot following is April 20 win over Austin Trout, who maintains his spot right behind Alvarez, moving up to No. 2. There's just no arguing anyone else into that slot right now. Miguel Cotto is at No. 3, and could very well be Alvarez's next foe.

Ryan and I had some debate about what to do with Gabriel Rosado, who has lost two straight this year, but both at middleweight. We're also talking about a loss to Golovkin, which was a chance to get on HBO, and a debatable loss to J'Leon Love, which was a chance to be on a Mayweather PPV. In the end, we decided to keep him at 154. He's still looking for fights at this weight, but he just couldn't pass up those opportunities. If his next fight isn't in the division, we'll remove him.

With Mayweather dropping out, American Demetrius Andrade takes the empty No. 10 spot, because we are true patriots. USA! USA! USA!

The Floyd is back in town, as Floyd Mayweather has moved back to 147, dominated his first fight back, and reclaimed his spot at the top of these rankings, rather than at 154. He's the clear choice for top dog at the weight.

Following a distance behind are, in order, Juan Manuel Marquez, Manny Pacquiao, and Timothy Bradley. Marquez and Bradley will meet sometime this fall, while Pacquiao faces Brandon Rios in November. What Floyd does next is not entirely clear, but unless he faces Devon Alexander (7), it's pretty likely he won't be facing another of our top ten welterweights. The dream, of course, is a move back up to 154 or a catchweight to fight Canelo, since it's the biggest and best fight that can be made, but that seems unlikely to happen next.

Only a minor change here, as Amir Khan drops to No. 7, switching places with new No. 6 Khabib Allakhverdiev. Khan's 143-pound catchweight win over Julio Diaz wasn't exactly impressive, but it was fun, and it may have, ridiculous as it seems, secured a fight with Mayweather later this year.

Another pair of minor changes. Ricky Burns slips to No. 3, trading spots with new No. 2 Miguel Vazquez. With No. 1 Adrien Broner about to split from this weight class, Vazquez will likely be the new No. 1 soon. Inspiring, no? Kevin Mitchell is out, replaced by Jose Gonzalez. I may be of the opinion that Gonzalez likely won't make that next step, but there's no ignoring that he did a whole hell of a lot more with Burns than Mitchell did last year, and Gonzalez would be a threat against anyone in this list sans Broner, I think.

Takashi Miura comes in at No. 4 after beating Gamaliel Diaz, who slips from No. 6 to No. 10. This class got a bit jumbled up with minor shifts in the rankings, but nothing big besides Miura's arrival.

Debuting at No. 3 is Abner Mares, who trails only fellow young titlist Mikey Garcia and division stalwart Chris John, and there's plenty of reason to believe Mares may really be the best fighter in the division. Also coming into the rankings: Robinson Castellanos, whose record isn't pretty, but is becoming legit following a win over Celestino Caballero. Falling out are Daud Yordan and Billy Dib. 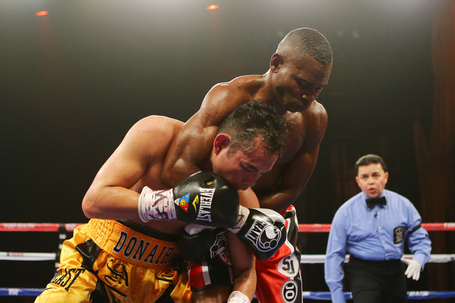 There's a new No. 1, as Guillermo Rigondeaux takes over the top spot following his April 13 victory over Nonito Donaire, who drops to No. 2. Had Abner Mares stayed at 122, I think I'd have put him over Donaire, but that's not the case, so that was a pointless comment from yours truly. Add it to the list!

Two new adds to the back end of the rankings: Former bantamweight titlist Leo Santa Cruz pops in at No. 9, while never-dead vet Vic Darchinyan is in at No. 10. Mares is gone, of course, and so is Wilfredo Vazquez Jr, and my guess is he won't be back.

Another new No. 1, as longtime bore machine Omar Narvaez claims the throne following Yota Sato losing to Srisaket Sor Rungvisai. Also new to the rankings is Liborio Solis, in at No. 6. 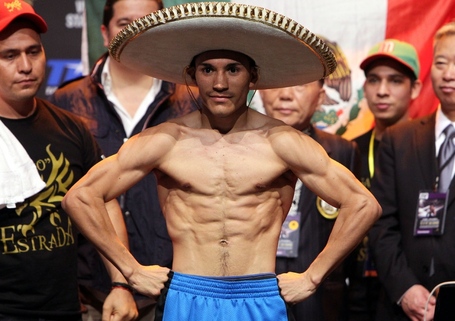 Unranked to No. 1! Juan Francisco Estrada upset Brian Viloria in Macau on April 6, and claims the No. 1 spot from the Filipino-American. Viloria drops only to No. 2. There are also new arrivals in Akira Yaegashi (4) and Wilbert Uicab (10), with Sonny Boy Jaro, Milan Melindo, and Rocky Fuentes ducking out, two of them just because it happened that way.

Mariana Juarez drops from No. 7 to unranked following a huge upset loss to Riyo Togo. In at No. 10 to replace her is Erica Annabella Farias.