Share All sharing options for: Maidana vs Lopez, Dawson vs Stevenson, Gamboa, Lara vs Angulo: Boxing TV schedule for June 7-8

ESPN2, 10:00 pm EDT, John Molina vs Andrey Klimov, Farah Ennis vs Anthony Hanshaw. Molina is always in good fights, and Klimov is an unbeaten prospect, so that's interesting enough. Hanshaw is fighting again after four years out of the sport following losses to washed-up Roy Jones Jr and Andre DIrrell. BLH will have live coverage.

SHO, 10:00 pm EDT, Jorge Melendez vs Luis Grajeda, Jonathan Vidal vs Mario Munoz. Standard modern ShoBox. Tune in - IF YOU DARE??? I don't know what that means. We'll run a dual thread for both shows since they're on head-to-head. BLH will have live coverage.

BoxNation (UK) / ARD (Germany), 2:30 pm EDT, Marco Huck vs Ola Afolabi III. Undercard is the standard German fare (Eduard Gutknecht, Robert Woge, Enrico Koelling, Tyron Zeuge in action), but the main event should be a good one. For my money, if we can get a clear winner here, we've got a clear No. 1 cruiserweight. The first fight was a debated win for Huck, the second a debated and very hard-fought draw last year. BLH will have live coverage.

SHO Extreme, 8:00 pm EDT, Yoshihiro Kamegai vs Johan Perez, Gerald Washington vs Sherman Williams. Kamegai-Perez is a FNF-level bout (which is fine, I mean), while Washington is a heavyweight "prospect" (he's 31 with seven pro fights) against short gatekeeper Williams. BLH will have live coverage.

SHO / BoxNation (UK), 10:00 pm EDT, Marcos Maidana vs Josesito Lopez, Alfredo Angulo vs Erislandy Lara, Jermell Charlo vs Demetrius Hopkins. The main event has FotY contender written all over it given the way they both fight and the big shots they've proven able to take. Angulo-Lara could go one of two ways: Really good or really boring, and it sort of depends on whose pace it's fought at (Lara = boring, obviously). Charlo-Hopkins is a nice step-up for the prospect Charlo, and far from a gimme. When Hopkins has his head on straight, he's a really solid fighter. BLH will have live coverage.

HBO, 10:00 pm EDT, Chad Dawson vs Adonis Stevenson, Yuriorkis Gamboa vs Darley Perez. Sometimes Fairly Unpleasant Chad takes on a power puncher in the main event. Anyone else smelling a bad idea by Team Dawson? Chad's on his 304th trainer if you're counting overall stints, as Eddie Mustafa Muhammad is back to replace John Scully, this being Muhammad's second stint, following Scully's second stint. Good stuff. Gamboa-Perez could also be interesting -- it's a pair of seemingly vulnerable Name Fighters taking on guys who can punch. Montreal should be rocking. BLH will have live coverage. 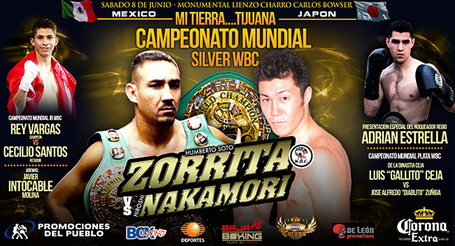 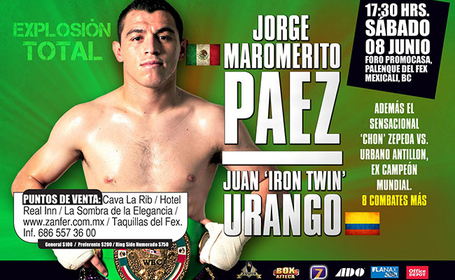