Demetrius Hopkins, Jermell Charlo, and others weigh in on their Saturday night fights on the Maidana vs Lopez undercard.

"I've been down this road before. I just have to be me, fight aggressively and fight my fight. At this stage of my career it's do or die.

"This will be Charlo's toughest fight. No one has ever tested him like I'm going to test him. I'm ready to show the fans the very best of Demetrius Hopkins.''

"Fans can expect a good action fight. I'm preparing for a great fight and a great performance. You get out of boxing what you put into it and I work very hard. I'll be ready for anything he has to offer.

"On paper, this looks like possibly my toughest fight. We'll see how it turns out on Saturday.

"I feel like I'm on the verge of really making a big move; my twin brother, Jermall, too. It was an honor to spar with him during camp.

"On Saturday, I'm going to do what I do. I'll be aggressive, I'll box, I'll do whatever it takes. I'm coming for a knockout but I'm ready to go 12 rounds. A victory keeps me right on track. At the end of the day, you will know who I am and want I stand for."

"Jermell Charlo is just such a hard worker. He shows up to the gym everyday ready to work. He's trying to hone his craft and he asks a lot of questions. He trains the same way each time, regardless of who it is. It doesn't make any difference. He loves to fight the best guys out there. Demetrius (Hopkins) is the next guy we have to go through to get to the next level." 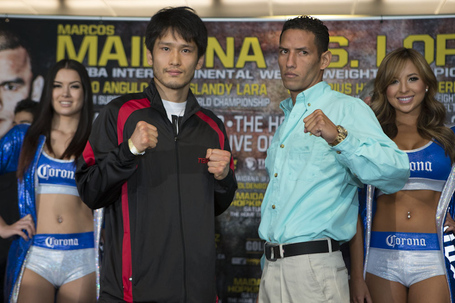 "This is my third fight in the United States and first in Los Angeles. I've been training in Las Vegas for the last five weeks and I had a great camp. I'm looking forward to having the best performance that I can.

"Even though I'm Japanese, I hope you'll be rooting for me on Saturday."

"I'm very excited, well-prepared and I'm coming to get the victory. I don't know too much about my opponent except that he comes well-regarded. I'm ready.

The important thing is to give the fans a great fight. That's what it's all about."

"I'm very excited about fighting for the first time on television. I've worked hard. I want to get to the top. This is the next step.'' 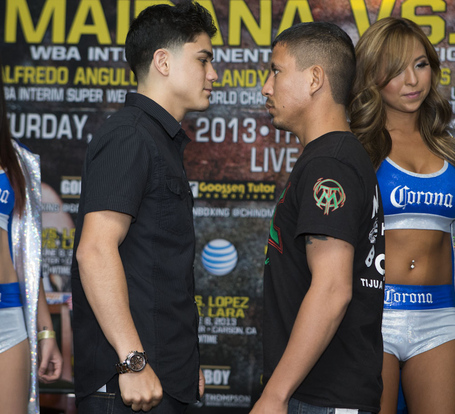 "It's going to be awesome fighting on Saturday night and I'm really looking forward to it. This is a great card for Los Angeles and I'm excited to be part of it. I know I'm going to have a lot of fans supporting me and I can't wait to be able to showcase my skills in front of all of them.

"Casillas has a lot of experience and some good knockouts, but I'm ready to outbox him and put on a show."