Julio Cesar Chavez Jr will return to the ring on September 7, but looked pretty seriously out of shape last night at his brother Omar's fight in Mexico.

Julio Cesar Chavez Jr has never been known for his #HardWork or #Dedication between fights, but with 10 months and counting since his last fight, the 27-year-old star was looking pretty heavy last night in Tepic, Mexico, where he attended his brother Omar's fight against Charlie Navarro. 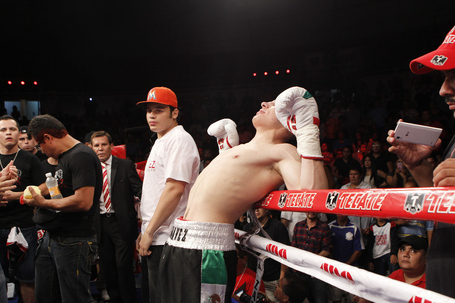 If you need a closer look than that, here you go: 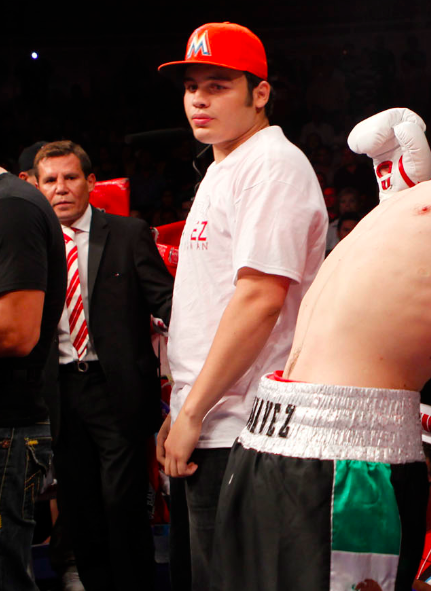 Chavez (46-1-1, 32 KO) has parted ways with trainer Freddie Roach, who will not be working with him for the return fight, where Chavez will face Brian Vera, a tough, hard-fighting Texan who is probably licking his chops seeing Chavez in this sort of condition two months away from fight night.

The fight will have a 165-pound contract weight, it's been reported, which was designed to give Chavez some room north of his usual 160 (on the scales) to make weight easier for what has been booked as a "comeback" sort of fight and nothing more.

Does this worry you at all from Chavez's point of view? And are you at all surprised by this?