ESPN2, 10:00 pm EDT, Drian Francisco vs Chris Avalos, Glen Tapia vs Abie Han. The more intriguing of this matchup for #boxingfriends might be Tapia-Han, which pits a pair of unbeaten junior middleweight prospects who could use the step up. Basically, it's what ShoBox used to be based around. Francisco-Avalos is a solid fight itself, a higher-end FNF main event these days, and figures to be competitive. BLH will have live coverage. 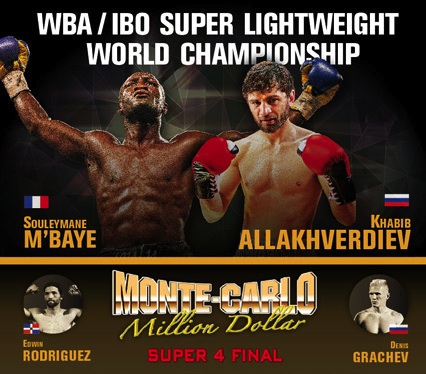 beIN Sport, 1:30 pm EDT, Edwin Rodriguez vs Denis Grachev, Khabib Allakhverdiev vs Souleymane M'baye, Max Bursak vs Prince Arron, Dmytro Kucher vs Ilunga Makabu. For those of you who have never heard of beIN Sport, welcome to the club I just started! However, you almost definitely have this channel if you're in the U.S., though it may be part of a sports package that you have to order from your provider. Rodriguez-Grachev finishes up the Monaco Trillion Dollar Superchallenge or whatever it's called, while Allakhverdiev-M'baye is a world title fight, such as today's world title fights go. BLH will have live coverage.

Sky Sports (UK), 4:00 pm EDT, Luke Campbell vs Andrew Harris, Kell Brook vs Carson Jones (rematch), Tommy Coyle vs Derry Mathews. Brook's return against Jones is kind of a necessity, because there weren't many credible options available, Brook needed to fight, and Jones gave him hell last year. I really wouldn't count Jones out in this one. Yeah, he went to a surprising draw with Dean Byrne, but Jones is always ready to go, and if Brook is rusty or anything, Carson could pull this off. Campbell, a 2012 gold medalist, is the real attraction here, making his pro debut in his hometown. BLH will have live coverage.

SAT.1 (Germany), 4:20 pm EDT, Robert Stieglitz vs Yuzo Kiyota, Lukas Konecny vs Moez Fhima, Christina Hammer vs Mikaela Lauren, Robin Krasniqi vs Tomas Adamek. Stieglitz takes what is expected to be a soft touch defending his WBO super middleweight title, which is by far the crappiest of the 168-pound belts, but then the WBO has that habit in a lot of divisions, still overcoming (or trying to) the old Warren Boxing Organisation stigma. But whatever -- Stieglitz is a solid fighter and Kiyota, a 29-year-old Japanese fighter and OPBF titleholder, has won a few fights in a row against much lesser competition. He was stopped in one by Jameson Bostic back in 2010. 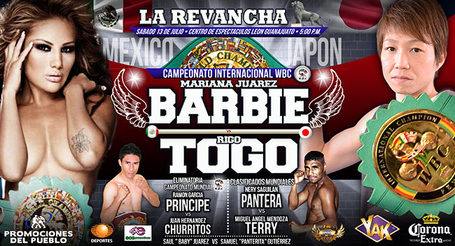