Share All sharing options for: Mayweather vs Canelo poster for September 14 pay-per-view

If you've yet to see the fight poster, here it is: 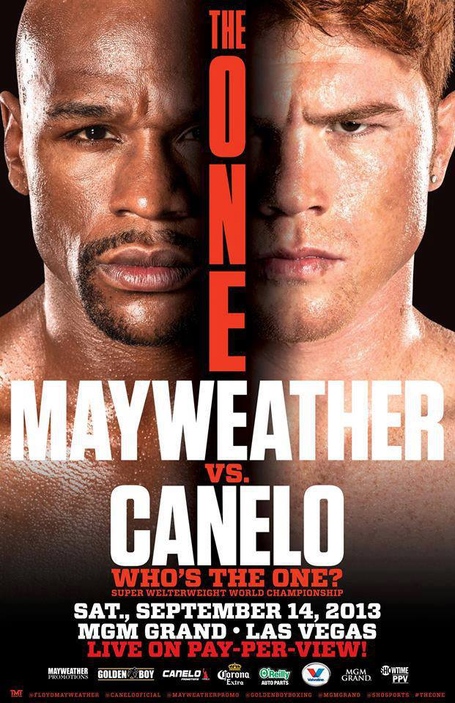 Mayweather (44-0, 26 KO) and Alvarez (42-0-1, 30 KO) could be in position to set new records both at the gate and on pay-per-view, though it would seem the least likely record to be broken would be actual PPV buys. They might top the all-time PPV revenue mark, as the fight is priced at $65 standard definition and $75 in HD, so even if they don't get the 2.4 million buy mark (the fight may have an outside shot, but it's unlikely), they could top the revenue mark, which is around $134 million domestically.