The busy season kicks off this weekend, with a good handful of significant fights featured on U.S. TV, including four world title fights.

ESPN2, 9:00 pm EDT, Andrzej Fonfara vs Gabriel Campillo, Artur Szpilka vs Mike Mollo (rematch), Adrian Granados vs Mark Salser. This one will be interesting, as we'll find out how many people the local promotion in Chicago can bring into U.S. Cellular Field for a mid-level boxing card. It's certainly a fine FNF card -- Fonfara vs Campillo is a credible fight at 175, and Szpilka and Mollo were great fun their first time around. Granados has a following in Chicago, too. Hopefully, it goes great, because this could be a fun annual thing if it works out, and Chicago is a great boxing city that just doesn't get many big events anymore. BLH will have live coverage.

BoxNation (UK), 2:00 pm EDT, Nathan Cleverly vs Sergey Kovalev, Gary Buckland vs Stephen Smith, Ovill McKenzie vs Enzo Maccarinelli (rematch). HBO will not have live coverage of the fight, but we will, via BoxNation. It's a decent overall card, too, so it should be a good afternoon of fights. Cleverly-Kovalev is a very, very interesting matchup at 175, and may show us who the next real top dog in this division is going to be. Buckland-Smith and McKenzie-Maccarinelli II are nice undercard bouts. There will be absolutely no "hiding" spoilers for the show, so there's your warning about it. BLH will have live coverage. 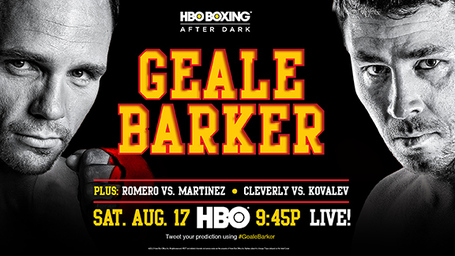 HBO / Sky Sports (UK), 9:45 pm EDT, Daniel Geale vs Darren Barker, Jonathan Romero vs Kiko Martinez, Cleverly vs Kovalev (tape delay). Along with the tape delay, HBO will have three live fights. Romero-Martinez is a world title fight at 122, not that Kiko really deserves one, but he's buddies with Sergio Martinez (his promoter) and that seems to have helped his career in this regard. Geale-Barker is a very meaningful fight at 160 for Geale's IBF title. Ryan Bivins will be live at ringside for us, and as always with an HBO broadcast, BLH will have live coverage.

HBO Latino, 12:30 am EDT (following BAD), Thomas Dulorme vs Frankie Figueroa. One wonders if Dulorme can handle Figueroa's Gato Moves. This is taking place at the same venue as Geale-Barker and Romero-Martinez, but yada yada, something. BLH will have live coverage. 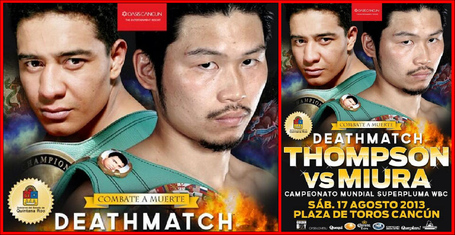 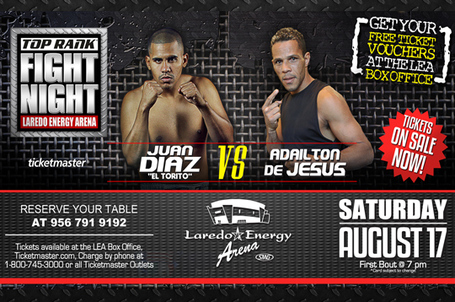 UniMas, 11:00 pm EDT, Juan Diaz vs Adailton De Jesus, Denis Shafikov vs Santos Benavides. It's always, like, the best sign of a formidable foe when his promo shot has him in a t-shirt. Diaz is in a one-off deal with Top Rank for this fight, as he remains a free agent while he figures out how far this comeback might go. He won his first fight back in April, and looked more or less the same as he did when he'd last fought in 2010. De Jesus is a veteran guy who hasn't fought himself since 2011, and has generally speaking been easy prey for decent opponents. I will always remember him for making clear that Marco Antonio Barrera was dunzo back in June 2010. Though Barrera won handily, the fact that he couldn't do anything impressive with a guy like De Jesus was good reason to consider hanging up the gloves before something too lame happened. Shafikov is expected to be signing a long-term deal with Top Rank. His opponent has also not fought since 2011. Night of champions!