Gennady Golovkin is angry, which is great news. Do you guys have fallout shelters?

A few weeks ago, Curtis Stevens pulled an arguably tasteless if ultimately meaningless stunt via his Twitter page, posting a bunch of pictures of a coffin that read "RIP GGG," his way of promoting and hyping his November 2 HBO shot against Gennady Golovkin.

Here's one of the photos: 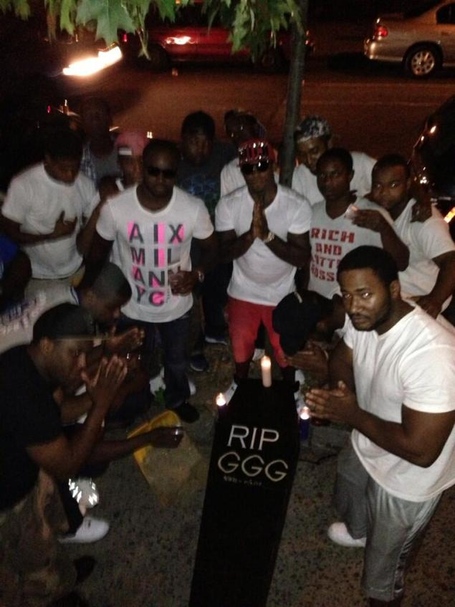 In fact, Golovkin is mad.

So that's good. Golovkin is now thirsting for blood. That's good for all of us. Nothing to be terrified of at all.