We know who won and lost the fights, but who REALLY were the -- look, you get it, this is your standard lazy internet opinion piece called "Winners and Losers." 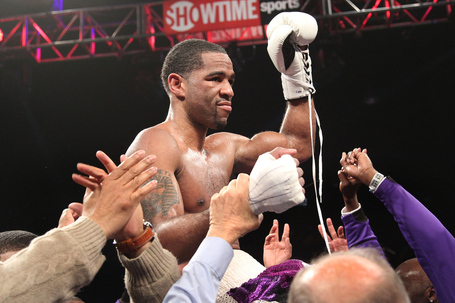 Lamont Peterson made a statement on Saturday night with a strong showing against Dierry Jean, retaining his IBF junior welterweight title via clear and fairly dominant decision. Jean was competitive in the bout, but Peterson seemed a step ahead of him consistently from about the fourth round on, and laid down a pretty good beating in the middle frames, taking firm control of the fight. The run-away act in round 12 was enough to get the fists a-shakin', but who really cares?

Peterson (32-2-1, 16 KO) still has a belt and has reestablished himself as a top guy at 140 pounds. He might not be the ideal opponent for Danny Garcia, but what's really better at 140? Garcia's already dealt with Lucas Matthysse, and if he were to beat Peterson, he'd hold three of the four major titles (Garcia holds the WBC and WBA belts already). Still, the dream of unification is pointless. WBO titleholder Ruslan Provodnikov is a Banner Promotions and (for the time being) Top Rank fighter.

Bryant Jennings took care of business against Artur Szpila in the HBO debut for both men, the co-feature fight on Saturday night at The Theater at Madison Square Garden, which was not only the show-stealer, but to the ticket buyers, the actual main event. Szpilka was largely responsible for an impressive attendance, which petered out for the TV featured bout of the evening. Jennings was quicker, looked stronger, and had the normally reckless Szpilka fighting downright tentative. It may have been the best overall showing yet for Jennings (18-0, 10 KO). 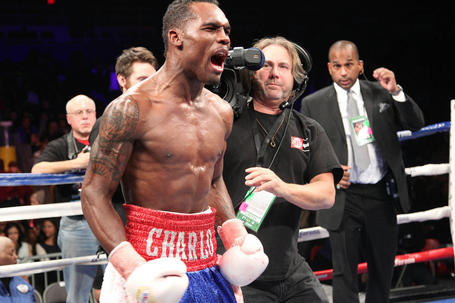 Jermell Charlo was similarly impressive against the rugged Gabriel Rosado. Yeah, that's three straight losses with a no-contest in his last four fights for Rosado, but those fights came against two titleholders at 160 (Golovin and Quillin), the unbeaten Charlo, and the unbeaten J'Leon Love (the no-contest). Rosado deserves a breather, some time for his tender eye to hopefully heal up as much as it can, and some tune-up fights. The guy can still fight -- he was in there all the way with Quillin, he didn't fold against Golovkin, he gave Love more than Love could really handle, and he fought Charlo to the end despite losing clearly.

But for Charlo (23-0, 11 KO), I thought it was a performance that helped him stop being "the other Charlo," at least a little bit. Twin brother Jermall faces Carlos Molina for the IBF belt on March 8, but they both look like really good prospects right now. They're well-schooled by Ronnie Shields and know how to box.

Marco Huck may have "only" beaten a 43-year-old man in Firat Arslan, but that 43-year-old man came to win and fought his ass off. Huck (37-2-1, 26 KO) plans now to move up to heavyweight and target Wladimir Klitschko. Well, good luck with that.

Curtis Stevens bounced back with an ultra-easy win over an overwhelmed Patrick Majewski in 46 seconds on Friday night, televised on NBC Sports. Majewski ate a jab and fell over, and from there it was target practice for Stevens. Maybe Curtis isn't an elite middleweight, but I stand by saying he revealed a few chinks in the Golovkin armor last November. Don't forget about him just because he lost that fight.

Thomas Williams Jr has a lot of talent and some real power, and his one-round war with Cornelius White was awesome. But does it bode well for Williams' future? I dunno. The fight reminded me somewhat of James Kirkland vs Allen Conyers on ShoBox some years back. If Williams can emulate Kirkland's career outside of the jail stints, he'll be good. Too early to tell, but a good win against a step-up foe.

HBO showed a lot of Sergey Kovalev in the crowd on Saturday, and he responded by breaking t-shirts over his knee and having a good time. I love Sergey Kovalev.

That was probably the last world title shot Firat Arslan will get. Or maybe not. If Vladimir Hryunov wrangles another cruiserweight titleholder he'll probably sign Arslan up at age 46 or whatever as a challenger. 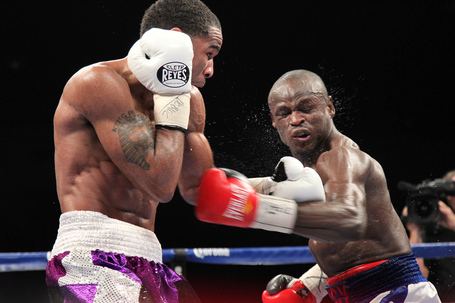 Dierry Jean is a pretty decent fighter, but looked out of his depth against Peterson, who had too much stamina, too much skill, and too much variety to his game. Jean is 31 so the chances of him having some breakthrough are pretty minimal. He looks like a fringe contender. He didn't fight poorly, we just saw the difference between a guy who can fight on the world stage and win and a guy who maybe cannot.

Mikey Garcia won pretty big, beat a pretty good fighter, so what's the problem? He stunk it out. He was boring. Hey, look, you guys, Boxing Is a Business. Robert Garcia's camp knows this as well as anyone. They work with Brandon Rios, they worked with Antonio Margarito, they have Marcos Maidana, they tried to make something happen with Kelly Pavlik. All of those are action fighters, some of whom have other stories (Rios has no filter between brain and mouth, Margarito is a villainous cheater, Pavlik is a white guy with a comeback story, etc.). Personality sells, character sells, action sells. Mikey Garcia is a terrific technician, but if you don't give him someone who is first of all pretty well overmatched and second of all is dumb enough to just walk at him throwing punches, how special does he really seem? Look, Andre Ward gets brought up a lot like this, but I've seen Andre Ward outbox boxers, outbrawl brawlers, outmean mean MFers, and outeverything everyone he's faced so far. Ward has a nasty streak. Garcia does not, at least so far. Garcia is content to win. He's far more concerned with not making mistakes than with "looking good."

And that is TOTALLY FINE -- but HBO and Top Rank are propping this guy up as a potential superstar, and, well, the fans reacted. A lot of them left -- you know, like with the vomit-inducing Guillermo Rigondeaux's last fight -- and those who stayed weren't happy. Garcia's damn good at worst, possibly great. But a star? This feels like another ill-fated attempt to manufacture someone.

And keep him away from Manny Pacquiao. That will end badly for Garcia. 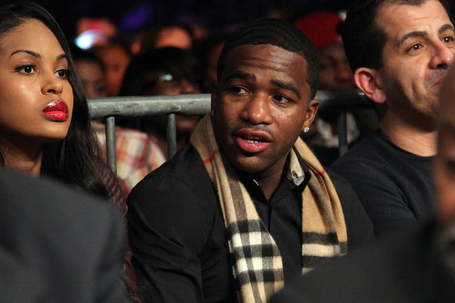 Adrien Broner. What are you even talking about, AB?

Artur Szpilka was pretty well exposed as a half-trick pony by Jennings, at least in my estimation. The fact that he had major struggles with the likes of Mike Mollo already told us that, but Jennings was simply superior. It wasn't really close.

Antonio Orozco did improve to 19-0 (15 KO) with a TKO-2 win over Miguel Huerta, but I think it's time we read between the lines on this prospect. Orozco, 26, has warrior blood, but major defensive holes, and when you're at fight 19, with a little hype behind you, and your opponent is a guy who's 0-1 in the last five years, someone is saying something. Huerta also rang Orozco's bell a little in round one. So what's Orozco's upside? I say action fighter, second-tier TV guy. Something like a bigger Antonio Escalante.

Juan Carlos Burgos showed up and did about what was expected. He gave Garcia a couple looks early before talent took over. No harm, no foul, on moves his career.

Gabriel Rosado is in about the same boat as Burgos. He needs that rehab time -- outside of the ring, and in the ring. He's a good fighter. He's tough. He works his ass off. If he can spare it, he seems like he could use a breather, at least to me.

Rico Ramos also showed up and did about what was expected. I'd say this is a bad thing, but is it really? Like, if you know you hate goat cheese, and you eat it, are you going to react like it's the first time you ever hated goat cheese?