ShoBox and Friday Night Fights are both back this weekend, as well as two cards from the UK on Saturday, Daniel Geale's return in Australia on Wednesday, and more.

Main Event PPV (AUS), 3:30 am EST, Daniel Geale vs Garth Wood, Robert Berridge vs Kerry Foley. Geale returns following his loss to Darren Barker last August, which seems crazy, considering we've already seen Barker retired since then while Geale has been on the sidelines. He returns against Garth Wood, a tough guy who isn't much of a boxer and should be pretty easy pickings for the ex-titleholder. Paul Gallen is another of these rugby league guys that Aussie promoters have a hard-on for putting into pro boxing fights and using them to hype up mediocre events. 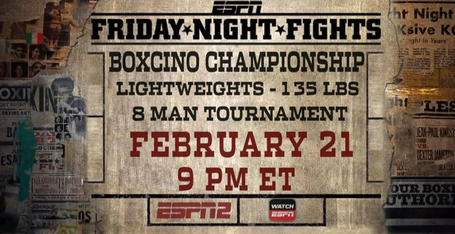 ESPN2 / WatchESPN.com, 9:00 pm EST, Boxcino Lightweight Tournament, Quarterfinals: Yakubu Amidu vs Chris Rudd, Fedor Papazov vs Petr Petrov, Miguel Gonzalez vs Miguel Mendoza, Fernando Carcamo vs Samuel Neequaye. Boxing tournaments are what they are, so I'm going into this with pretty low expectations. These are all six-round fights, which is probably for the best -- maybe that means we won't see guys cruising. I don't know. And you always worry about injury delays, postponements, and whether or not these things will actually be finished. But it's a nicely-booked group on paper, guys who can fight but aren't exactly world level (Amidu might be, actually, and may be the favorite). BLH will have live coverage.

SHO, 10:45 pm EST, Angelo Santana vs Hank Lundy, Amir Imam vs Jared Robinson. Santana is a guy who made some waves on ShoBox and was then promptly stopped by Bahodir Mamadjanov last April, which is the last time we saw Santana, either because he hasn't wanted to fight, or because he's promoted by Don King, who never puts on cards. Or both. Or neither. I don't know. Lundy's a good talker and fun to watch, and I think the style matchup on paper makes for an exciting fight. BLH will have live coverage.

BoxNation (UK), 3:00 pm EST, Tony Conquest vs Daniel Ammann, Gary Corcoran vs Faheem Khan. We'll combine live coverage of this one with the Sky show, so whichever you're watching on Saturday afternoon, come on over and join our nonsense.

HBO2 (Tape Delay), 5:00 pm EST, Zou Shiming vs Yokthong Kokietgym, Miguel Vazquez vs Denis Shafikov. Most likely, we will have true live coverage in the early morning hours from Macao. The Vazquez-Shafikov fight is a good one -- if we're saying that Vazquez can have "good fights," which is debatable -- and Zou is facing on paper his best opponent yet, at least in terms of W-L record, but who knows what that means? 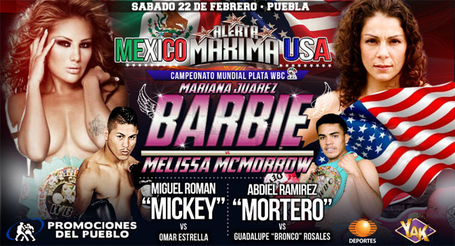