Sky Sports 2 (UK), 3:00 pm EDT, Tony Bellew vs Valery Brudov, Kell Brook vs Alvaro Robles, Kevin Mitchell vs Mikheil Alvakyan, Rocky Fielding vs Charles Adamu, Paul Smith vs Tobias Webb. Bellew is moving up to cruiserweight following his pasting at the hands of Adonis Stevenson, and his first "test" is 37-year-old Valery Brudov, who hasn't had a real fight in two years. It's another of those Matchroom showcase events where they throw their guys in with "international" opponents and the Sky squad categorize them based on what their nationality's boxing stereotype is, then declare great things will come soon, no doubt. Like, Kell Brook's fighting yet another scrub, and Kevin Mitchell's fighting an even scrubbier scrub, and Bellew's fighting an old guy. Surely they'll all be back for Big Fights in the summer, though. BLH will have live coverage.

SHO Extreme, 7:00 pm EDT, Juan Manuel Lopez vs Daniel Ponce De Leon II. The real draw fight for the audience in Bayamon might be this one, which will air live on SHO Extreme in the States prior to the Canelo-Angulo replay on SHO, and then the two live fights on SHO, as well. Lopez is probably about done as a serious contender, but Ponce De Leon is looking for revenge. It was against Ponce De Leon that Lopez made his mark, stopping the Mexican slugger in 2:25 on HBO back in 2008. BLH will have live coverage.

SHO, 9:00 pm EDT, REPLAY: Canelo Alvarez vs Alfredo Angulo. The replay of Canelo-Angulo will precede the two live fights on Showtime, so you'll have quite the gap between live fights on SHO Extreme and SHO. Make a nice endive salad or whatever it is that you eat. I don't know you.

SHO / BoxNation (UK) / RPC Channel 4 (PAN), 9:00 pm EDT, Danny Garcia vs Mauricio Herrera, Deontay Wilder vs Malik Scott. Garcia is returning to the ring in what is really a tune-up or stay-busy sort of fight, mostly designed to introduce the Philadelphia fighter to the Puerto Rican audience and hopefully open up another market for him. Garcia's parents are from Puerto Rico, and this is being pushed as a homecoming, which is fine, but we'll see if Puerto Rican fight fans really have much interest. Herrera is a solid, tough fighter, who has a win over Ruslan Provodnikov and gave Mike Alvarado a good scrap. You'll see worse "stay-busy" opponents this year. At least it's a hard-working, hard-fighting guy who will come to fight. Wilder-Scott is the first real test of Deontay Wilder, as Malik Scott is a crafty cat who knows what he's doing in the ring. He's not a big puncher, but we've really got no idea if Wilder can take a shot, because he hasn't fought anybody who was any actual danger to date. It's good Deontay's stepping up. They've groomed him and prepped him nicely, but it's time now to sink or swim in steps up the ladder. BLH will have live coverage. 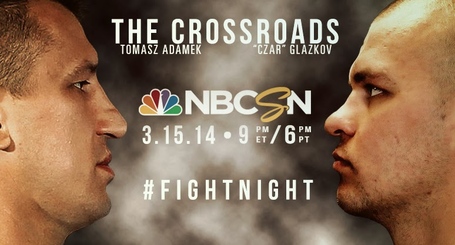 NBC Sports, 9:00 pm EDT, Tomasz Adamek vs Vyacheslav Glazkov, Ronald Cruz vs Kermit Cintron, Isaac Chilemba vs Denis Grachev. Adamek-Glazkov is a decent heavyweight main event, and Adamek is always sort of vulnerable as a heavyweight. As long as he's been at the weight, and as fairly successful as he's been, he's still no true heavyweight. He's done as well as he has because he's a good boxer and tough as nails, plus he's mostly been matched kindly. Glazkov can fight a little, so this is no gimme. Cruz-Cintron and Chilemba-Grachev are decent undercard bouts. We'll probably have a bit of live coverage for the early part of this show, but once the SHO card starts up live after the Canelo-Angulo replay, our attention will be on that show. There will be a live thread for those watching these fights instead, though. BLH will have a live discussion thread. 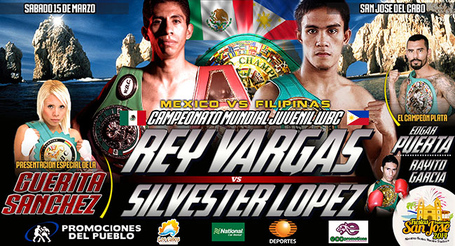