GIF: Deontay Wilder knocks out Malik Scott, but did the punches really land?

Deontay Wilder's knockout of Malik Scott was questioned immediately, but the evidence isn't as strong as the instant reaction upon a closer examination.

Share All sharing options for: GIF: Deontay Wilder knocks out Malik Scott, but did the punches really land?

There was an immediate reaction on Twitter and with fight fans watching on TV and at various sites tonight, when Malik Scott was knocked out in 94 seconds by Deontay Wilder on Showtime. The crowd in Bayamon, Puerto Rico, also reacted unfavorably.

The fix, some felt, was in, and Wilder's punches did not land.

Here's the GIF of the KO from the best angle for it, courtesy Zombie Prophet:

Granted, it doesn't look great or even good here. But I rewatched the two final blows over and over, slowing down Showtime's slow motion on my TV, getting a close look. The left hook that came in first did get around Scott's gloves and land on or near the temple, which can bother the equilibrium of anyone, let alone someone just hit by Deontay Wilder.

These aren't the most crisp shots, as they're phone shots of a paused DVR, but you can see the contact: 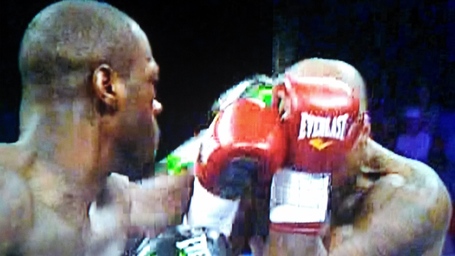 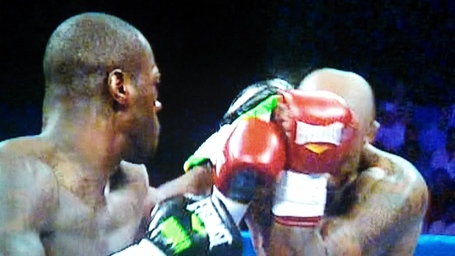 Again, it's not completely clear, but that left hook does get around the gloves, and does land on the side of the head.

As for the right that followed, in real time and even on the slow motion, it doesn't look like it gets past the gloves. It did, however: 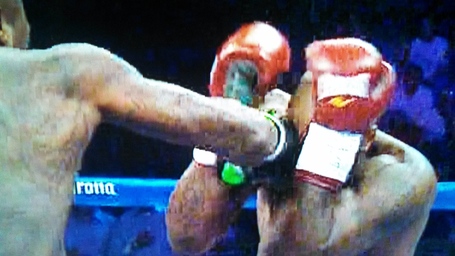 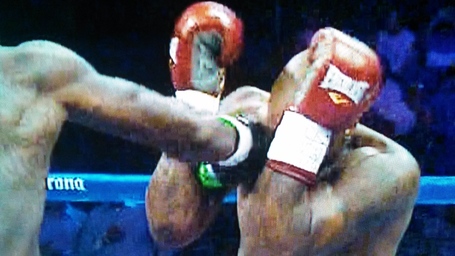 It's not the greatest KO of all time, but a few things to keep in mind:

I understand the skepticism and why people want to examine this, but for me, there's certainly no smoking gun, nothing obvious that says this was a fix, or whatever. That means only that the speculation itself is debatable. In reality, any fight you watch might be fixed, because it's boxing, a dirty sport with a dirty history. It has happened before, will happen again, and probably happens in the world we're in now. But there's no great evidence that it happened here.