It's a busy week for fights, with a whole mess of fights on the slate from the United States, United Kingdom, Mexico, Germany, and more.

Share All sharing options for: Pacquiao vs Bradley 24/7, Cunningham vs Mansour, Frampton vs Cazares, more: Boxing TV schedule for April 3-5 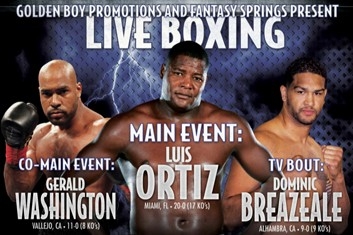 FOX Sports 1 / FOX Deportes, 10:00 pm EDT, Luis Ortiz vs Monte Barrett, Gerald Washington vs Skipp Scott, Dominic Breazale vs Nagy Aguilera. It's a Golden Boy triple-header of heavyweights, designed to showcase Ortiz, Washington, and Breazeale, but hey, crazy things happen at heavyweight, in theory, where, in theory, the one punch can cause the shock. In theory. Washington may be the most vulnerable of the three here, but I know nothing about Skipp Scott, so no idea if he's dangerous or not. BLH will have live coverage.

BoxNation (UK), 2:00 pm EDT, Carl Frampton vs Hugo Cazares, Stephen Ormond vs Karim El Ouazghari, Jamie Conlan vs Benjamin Smoes, Marco McCullough vs Andre Isaeu. This is a WBC title eliminator, with the winner of Frampton-Cazares set up to face Leo Santa Cruaz sometime later this year. Frampton and Santa Cruz have both expressed interest in that fight. BLH will have live coverage.

NBC Sports Network, 10:00 pm EDT, Steve Cunningham vs Amir Mansour, Curtis Stevens vs Tureano Johnson. Cunningham-Mansour is make-or-break for both guys at heavyweight. Cunningham needs the win, as he's 37 and running out of time to make a dent in the division. For Mansour, it's a carer-best opportunity. At 41, he's physically fresh, but still, 41 is 41. Stevens may be in tougher than some expect against Johnson, a talented boxer. BLH will have live coverage.

BoxNation (UK) / ARD (DEU), 3:00 pm EDT, Juergen Braehmer vs Enzo Maccarinelli, Jack Culcay vs Sarim Larbi, Tyron Zeuge vs Gheorghe Sabau. Braehmer will be defending the WBA "regular" light heavyweight title against Maccarinelli, which could be exciting enough, given that Maccarinelli has one of the worst chins for a high level fighter. He's got the skills to hang with Braehmer, but it may be a case of how long it takes for Braehmer to catch him. The undercard is standard Sauerland stuff. BLH will have live coverage.

Televisa (MEX), 11:00 pm EDT, Marco Antonio Rubio vs Domenico Spada, Juan Jose Montes vs Edgar Monarrez, Ibeth Zamora Silva vs TBA. This is for the interim WBC title, because the WBC is in bizarre love with Marco Antonio Rubio, and because Spada, um...hasn't beaten anyone with a winning record in two years. 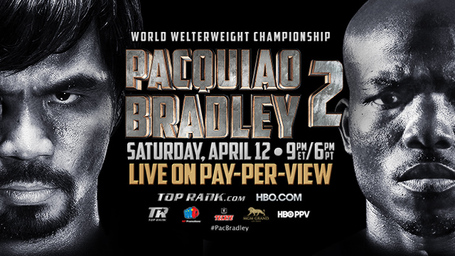