Joe Frazier will finally have a statue in Philadelphia, with Bernard Hopkins and Golden Boy Promotions donating funds to help complete the work.

Philadelphia boxing legend Bernard Hopkins and Golden Boy Promotions have donated funds to help for the completion of a statue in the great fight city that will honor the late former world heavyweight champion "Smokin'" Joe Frazier, an idea that is long past due in the city in the minds of many boxing fans, media, and those within the game. 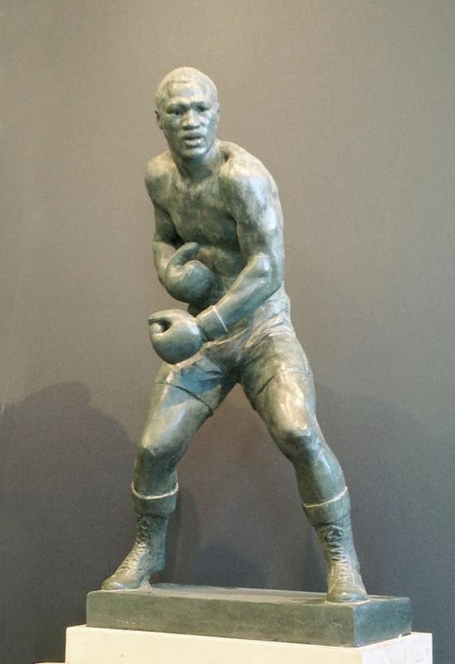 "Seeing this statue built has meant a great deal to me for a very long time," said Hopkins. "I have always felt strongly that Smokin' Joe has a rightful place in Philadelphia history and that should be honored. We have a 'Rocky' statue and Rocky isn't even real. Joe Frazier embodies the Philadelphia fighting spirit and I am so happy to be able to pay homage to him in this way."

"When Bernard asked us to make a donation to help build the Joe Frazier statue in Philadelphia, we did not hesitate," said Richard Schaefer, CEO of Golden Boy Promotions. "We firmly believe in preserving the great history and heritage of our sport and there is no better way than honoring some of the legends that have paved the way for the fighters today. Joe Frazier is one of the all-time greats and we are pleased to be a part of this project."

The statue will be part of Philadelphia's public works of art, and was designed by local artist Stephen Layne based on Frazier after he floored Muhammad Ali in their 1971 fight at Madison Square Garden. Current projections have the statue being unveiled during the 2014 holiday season, between Thanksgiving and Christmas.