Pacquiao vs Bradley II: Freddie Roach says 'The Bible is getting in the way' of Pacquiao's killer instinct

Freddie Roach says that The Bible gets in the way of Manny Pacquiao's training mindset and focus. This should be fun.

Share All sharing options for: Pacquiao vs Bradley II: Freddie Roach says 'The Bible is getting in the way' of Pacquiao's killer instinct

WELL THIS IS KIND OF A TOUCHY SUBJECT I GUESS BUT WHAT THE HEY, RIGHT?

Freddie Roach says that the political career of Manny Pacquiao is not really an issue with his focus and his drive to knock out his opponents, but The Bible is:

"Not right now. To be fair, he doesn't have too much on, because he is very focused on this fight. The thing is The Bible is getting in the way a little bit, but I showed him in The Bible there is violence, and there is payback. I've had to work on that with him, because it does take his attention and can affect his mindset [for training]."

I REALLY CAN'T WAIT FOR THE THREAD THAT RESULTS FROM THIS POST, HOT DOG, OH BOY

Roach also took a careful little jab at Juan Manuel Marquez, when speaking of Bradley's performance against him:

"In the Marquez fight he looked really good and he boxed well, but Marquez was a shadow of himself. He wasn't the same guy that fought Manny Pacquiao, that's for sure. He must have been on a different weights program, but overall [Bradley has] had the tougher fights [over the last 18 months, compared to Pacquiao]." 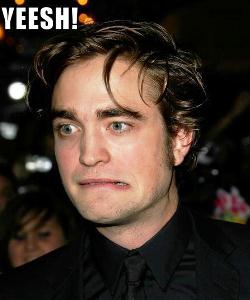 Keep it clean in the comments. I know we have a "please don't talk about religion" rule here, but since this post deals with that specifically, just try to keep it short of a Holy War and/or trying to convert people to your faith.