It's not a busy week, but there are some name fighters in action this weekend, headlined by Ruslan Provodnikov facing Chris Algieri on HBO. 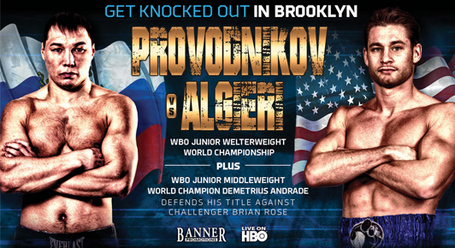 HBO, 10:00 pm EDT, Ruslan Provodnikov vs Chris Algieri, Demetrius Andrade vs Brian Rose, REPLAY: Miguel Cotto vs Sergio Martinez. Provodnikov will be making the first defense of his WBO 140-pound belt, while Andrade will do the same with his WBO 154-pound belt. Both are expected to win. I would say both are expected to win fairly easily, if we're being honest. BLH will have live coverage.

UniMas, 11:00 pm EDT, Glen Tapia vs Keenan Collins, Jesse Hart vs Shuuja El Amin. Tapia is coming back from a bad beating at the hands of James Kirkland in a great fight late last year, and has taken his time to make the return, including linking up with Freddie Roach. 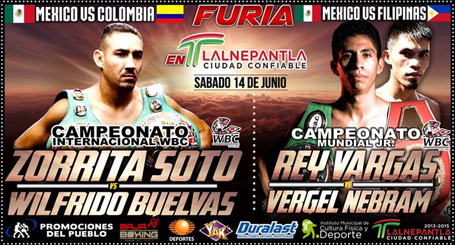