Floyd Mayweather struggles to read, 50 Cent makes fun of him, Mayweather has money

Share All sharing options for: Floyd Mayweather struggles to read, 50 Cent makes fun of him, Mayweather has money

Here's a quick summary of the recent fringe boxing news nonsense going around, which is super interesting to the general public because it's about making fun of somebody and not really anything to do with boxing itself, which is something most people seem to not like very much.

Because of this getting out there, former pal and now mortal enemy 50 Cent decided to make fun of Mayweather's reading level:

And to reply to that reply, Mayweather pointed out that he has a lot of money: 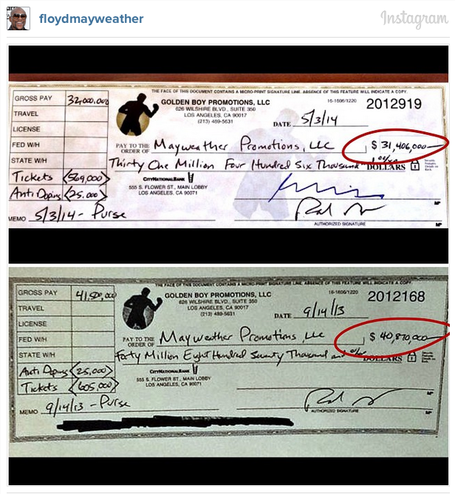 This is obviously a war of the true intellectual giants. A few things:

What a story. What a world. I think I preferred when these two were BFFs.