Danny Garcia returns to face Rod Salka in the main event of a Showtime triple-header, with ESPN Friday Night Fights also back this week, and two FOX Sports 1-televised cards.

Share All sharing options for: Garcia vs Salka, Peterson vs Santana, Jacobs vs Fletcher, more: Boxing TV schedule and fight times for August 7-9 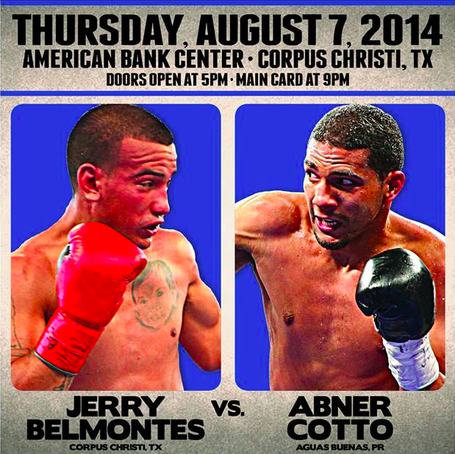 FOX Sports 1, 11:00 pm EDT, Jerry Belmontes vs Abner Cotto, Keandre Gibson vs Jose Hernandez. Belmontes (19-4, 5 KO) has lost four of six, but he's a quality boxer, and lost a split decision last time out to Omar Figueroa in a fight where he had an argument. Cotto (17-2, 8 KO) is a busted prospect who has lost two of his last three, including a KO-1 to Figueroa. They've both also lost to Francisco Vargas. BLH will have live coverage. 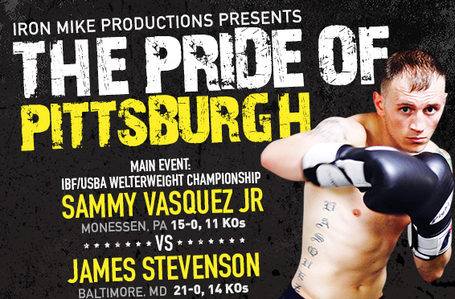 FOX Sports 1, 9:00 pm EDT, Sammy Vasquez Jr vs James Stevenson, Monty Meza Clay vs Rene Alvarado. Vasquez (15-0, 11 KO) is perhaps the jewel prospect of Iron Mike Productions right now, but he's also a 28-year-old welterweight who has yet to prove anything on a higher level. Stevenson (21-0, 14 KO) is a 31-year-old from Baltimore who also hasn't beaten anyone of note to date. BLH will have live coverage. 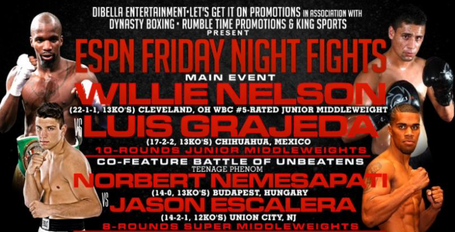 NBC Sports, 8:00 pm EDT, Vyacheslav Glazkov vs Derric Rossy, Vasiliy Lepikhin vs Robert Berridge. Glazkov (17-0-1, 11 KO) is looking to stay active and in the picture after his win over Tomasz Adamek, and he'll face Rossy (29-8, 14 KO), a veteran fighter who doesn't pose much threat on paper.

SHO, 9:00 pm EDT, Danny Garcia vs Rod Salka, Lamont Peterson vs Edgar Santana, Daniel Jacobs vs Jarrod Fletcher. Garcia (28-0, 16 KO) is not defending his WBA and WBC titles in this fight, which the promoters claim they had as the idea from the start, but you'll note on the early banner here that they were advertising it as a title fight. The WBC and WBA both wouldn't sanction this as a title fight since Salka (19-3, 3 KO) isn't a contender. Of course fighters worse than Salka get WBC and WBA title shots pretty frequently, so it's kind of a bogus stand since American fans and media are paying attention here. Anyway, the main event's a 10-round non-title fight. Peterson (32-2-1, 16 KO) is defending his IBF 140 belt against Santana (29-4, 20 KO), another club fighter non-contender, and Jacobs (27-1, 24 KO) is facing Fletcher (18-1, 10 KO) for the vacant WBA "regular' middleweight title, which definitely needs to exist. BLH will have live coverage. 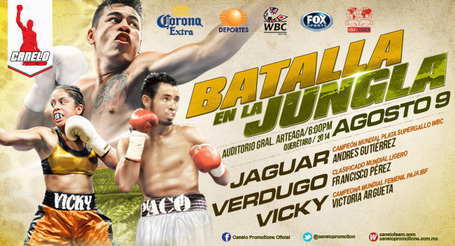