It's a busy weekend for TV boxing, though one without any major marquee fights.

Share All sharing options for: Groves vs Rebrasse, Salido vs Terdsak, Mchunu vs Wilson, more: Boxing TV schedule and fight times for September 19-20

Because there are a batch of cards in the afternoon and then at night, we will have two large live threads on Saturday. Whatever you're watching, join us. We'll be bouncing around and talking fights all day long!

BoxNation (UK), 2:00 pm EDT, Bradley Skeete vs Leandro Mendes Pinto, Frank Buglioni vs Alexey Ribchev. Something of a showcase night for BoxNation, as Skeete (17-0, 6 KO) and Buglioni (13-1, 10 KO) will be expected to win at York Hall. PART OF AFTERNOON LIVE COVERAGE BONANZA! 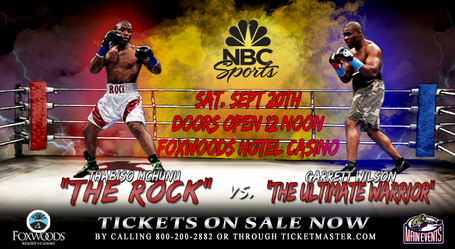 Sky Sports (UK), 3:00 pm EDT, Christopher Rebrasse vs George Groves, Luke Campbell vs TBA, Khalid Yafai vs Herald Molina. Groves (19-2, 15 KO) returns under the banner of Sauerland Event, as he looks to bounce back from two straight losses to Carl Froch, one controversial and the other, well, not. Rebrasse (22-2-3, 6 KO) will be defending the European super middleweight title, so this fight is a twofer for Groves. He gets a chance to get a win, and he can pick up a title. PART OF AFTERNOON LIVE COVERAGE BONANZA! 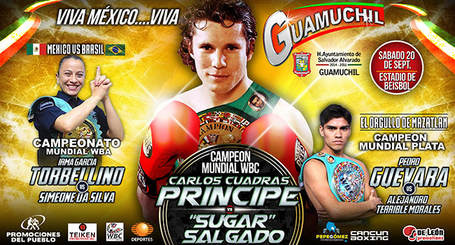