THERE ARE FIGHTS ON TODAY AND TONIGHT! WE'RE GONNA TALK ABOUT THEM AND YOU SHOULD, TOO!

Share All sharing options for: Five Reasons to Watch a Bunch of Boxing Today (Sept. 20, 2014)

OK, so there's no big, important, marquee fight, no titanic struggle for supremacy, no pay-per-view, no HBO, no Showtime, no ESPN2, no EPIX, no AWE (formerly known as Wealth TV). No superstar like Floyd Mayweather, Manny Pacquiao, Wladimir Klitschko, or Anthony Mundine.

But there is a lot of boxing on this afternoon and tonight, and we're going to be here with some live discussion threads to kill a full Saturday with fisticuffery. Here's a quick rundown of what we'll have in the two discussion posts that will be LIVE! LIVE! LIVE! today:

SO! FIVE REASONS TO HANG WITH US TODAY AND TONIGHT! HANG SO HARD!

1. George Groves is still one of the best super middleweights in the world

Groves vs Rebrasse is for Rebrasse's European title, but the A-side is obviously Groves, fighting under the Sauerland Event banner. Like lifelong rival James DeGale, Groves has bounced around with different promoters over his young career, working with Frank Warren, then Matchroom Boxing, and now Sauerland. (DeGale has gone from Warren to Hennessy Sports to Matchroom.)

Groves (19-2, 15 KO) is coming off of two straight stoppage losses to Carl Froch, the first of which had some controversy, the second not so much. But Froch is the de facto best super middleweight in the world, as Andre Ward is a non-entity at this point, though he apparently believes his promoter should help him fight despite the fact that he's suing his promoter at the moment.

Anyway, Groves may be on a two-fight losing streak, but he remains one of the best super middleweights on the planet, and personally, I'd favor him to beat anyone out there besides Froch or Ward. In a division where Anthony Dirrell and Arthur Abraham are holding titles, anything is possible.

Can we stop this faux excitement? Is Mchunu-Wilson a lowly enough main event from a marketability standpoint that we can finally not pretend to care that it's so awesome that there's boxing on network TV, simply because it's network TV?

Even beyond the mediocre (at best) quality of fights we've seen since BOXING HAS RETURNED TO NETWORK TV!!! in the last couple of years, we have to recognize, too, that network TV is not now what it used to be. Sure, that's where the most eyes are still, but it's hardly the ratio of the olden days of even the 80s, when cable was gaining a foothold and there weren't that many interesting cable channels. There are lots now.

Boxing may have been hurt by the fact that HBO and Showtime took over the big fights in the U.S., but at this point, boxing is such a marginalized also-ran sport in the States that having network TV again doesn't matter. NBC or CBS or ABC or FOX are not going to plop down the big money to buy out a true premium-level fight from the standard HBO or SHO deals, because the interest isn't really there. For HBO and SHO, boxing is part of their subscriber package. For anyone else, boxing is just a thing on TV, generally at low cost. It's filler programming.

That said, Mchunu-Wilson should be a good action fight at cruiserweight, and Dargan and Barrera are legitimate prospects. I'm glad it's on TV, but it being on network TV means absolutely nothing. NBC just doesn't have any college football to air in this time slot this weekend.

Konstantin Ponomarev (24-0, 12 KO) has been bumped into the UniMas main event on Saturday, with Andy Ruiz vs Siarhei Liakhovich unsurprisingly canceled, as Ruiz has now pulled out of two fights recently. Ponomarev is a 21-year-old Russian welterweight starting to make his push in the U.S., and could be worth tuning in to see. He's facing faded veteran Cosme Rivera, who at least has won two straight fights.

As mentioned before, Dargan and Barrera are solid prospects for the NBC show, plus BoxNation has familiar faces Skeete and Buglioni, Sky Sports has Luke Campbell and Khalid Yafai, and Channel 5 has another Kid Galahad fight. Are there any future world champions in that mix? Maybe! Lots of guys win world titles! Adrien Broner's won three!

4. You're so cool you watch mediocre fights

Man, your #head is so #boxing that you willingly spend your time watching a bunch of fights with designed winners and trying to learn lessons from predictable outcomes.

Also sometimes fights like these turn out to be way more fun to watch than the big fights you always bitch about, perhaps because the fighters aren't as good and the less skill is involved, the more action can often happen, or because your expectations just don't exist.

Here's your other option. You go hang out at the beach. 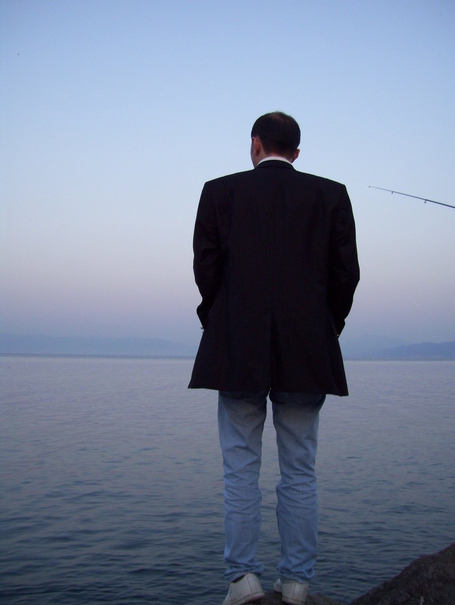